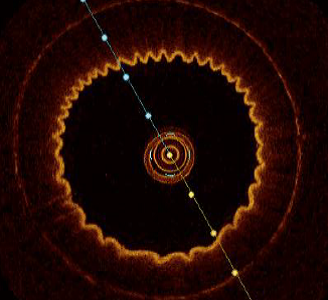 A potential treatment for preventing fibrosis following a heart attack and for inhibiting the cell signaling that triggers cancer metastasis; a technology platform to prevent the buildup of biological materials, or foulants, on surfaces such as medical implants; and novel biological and chemical sensors based on carbon nanomaterials, have been selected as recipients of the Chancellor’s Innovation Commercialization Funds.

The Chancellor’s Innovation Commercialization Funds were established to assist in reducing the technical and/or market risk associated with promising early-stage Pitt innovations and make them more attractive to investors or potential licensees.

Each project will receive $50,000, as well as mentoring from Innovation Institute entrepreneurs-in-residence.

“The purpose of the Chancellor’s Funds is to support promising Pitt innovations with commercial potential and accelerate their progress from idea to impact,” said Evan Facher, Senior Director of Innovation Commercialization at the Innovation Institute. “We are excited by the potential for these latest award recipients and look forward to working with them to bring their technologies closer to market.”

Here is a brief description of each innovation:

Sachin Velankar, Associate Professor in the Department of Chemical and Petroleum Engineering, has developed a technology allowing for continuous surface renewal at solid/liquid interfaces. Using topographic surface actuation, polymeric surfaces prone to fouling because of their contact with complex fluids are renewed allowing for optimal surface performance. The problem of surface fouling is wide spread in many sectors including biomedical, in particular vascular grafts, and industrial, such as membrane filtration technologies.

Andrew Hinck, Professor in the Department of Structural Biology, is developing signaling proteins and receptors of the TGF-beta family for the treatment of fibrosis and cancer. His lab engineered a novel class of TGF-beta inhibitors they believe overcome some of the issues experienced by previous types that have all failed in clinical trials by major pharmaceutical companies. Dr. Hinck’s research indicates that the engineered monomers from his lab overcome the limitations of previous TGF-beta inhibitors because they are derived from a natural ligand with high specificity for its receptors with limited off target activity.

Alexander Star, Professor in the Department of Chemistry, and his team have developed carbon nanotube-based chemical sensors for the detection of hydrogen sulfide gas with very low detection limits and low power consumption. Such sensors can be used portably and incorporated easily into multi-sensor arrays that can be operational at room temperature with no additional heating element needed. The work is being extended to a related material system, graphene, and its analogues. Prototype gas sensors are being made for sensing a wide variety of volatile organic compounds, such as hydrogen and oxygen and others. The sensors have potential applications in public safety, industry and the military.

The next round of Chancellor’s Innovation Commercialization Funds is now open and applications may be submitted before December 1, 2017. Click here to learn more and apply.