With Nearly 300 Students in  100 Teams, This Year’s Competition is the Biggest in its 10-Year History

The final round will take place Thursday, March 29, 2018 at the Charity Randall Theatre at 4 p.m.  Join us to see which teams walk away with a total of $100K. 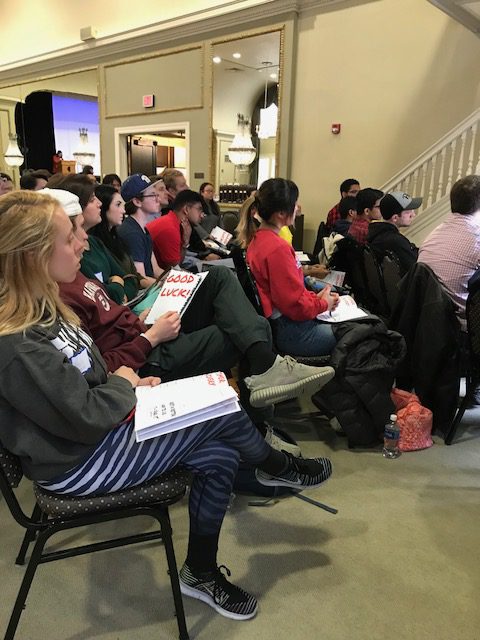 Sneha Jeevan had developed an idea for a mobile app connected to a tamper-proof pill dispenser to restrict dispensing of opioid medications in a new “Startup Fundamentals for Engineers” course last semester.

When she learned about the Randall Family Big Idea Competition and its $100,000 in cash prizes, she set out to find a teammate so she could enter the idea for a shot at the $25,000 top prize, or one of the many other prizes.

Shivani Tuli, Jeevan’s bioengineering classmate, had previously participated in cohort of the Innovation Institute’s Blast Furnace student idea accelerator, which left her hungry for more entrepreneurship education opportunities. She was lacking an idea of her own for the Big Idea competition, so she was eager to sign on with Tuli.

Tuli and Jeevna, who recruited an economics major and a communications major to their team at a Big Idea information session in January, joined nearly 200 other students on a February Saturday morning to kick off the Big Idea competition with Bootcamp. This is where the competing teams receive their instructions for the next eight weeks. They also met the Innovation Institute’s entrepreneurs in residence (EIRs), who delivered 15 minute primers on the basics of entrepreneurship, from learning about  customer discovery and market analysis, to developing revenue models and analyzing the competition and differentiating the product offering.

“The goal of the Randall Family Big Idea Competition is not for all of the student teams to launch their own businesses, although many do, which is wonderful,” said Babs Carryer, director of education and outreach for the Innovation Institute. “The real goal is to teach skills and competencies that will give students a competitive edge within any size organization.”

A team consisting of medical school students led by Steve Canton entered the big Idea competition by way of the Pitt Challenge the previous weekend, a hackathon sponsored by the School of Pharmacy and the Clinical Translation and Science Institute.

Canton says he is hopeful of winning one of the competition prizes, but is determined to move the idea forward regardless of how the team fares in the competition.

That could include applying for the Blast Furnace student accelerator. The $25,000 top prize winning team and the four $15,000 second prize winners will  participate in Blast Furnace to advance their idea towards startup formation. The next cohort of Blast Furnace begins in May.

This year marks the 10th anniversary of the Big Idea competition. Pitt trustee Bob Randall and his children, all successful entrepreneurs, were inspired to create the competition because of their belief in benefit of teaching the skills of entrepreneurship to prepare students for life after college.

For Bre Evans and Elizabeth Conway, graduate students at the Katz School of Business and the School of Law a product development course led them to apply to the Big Idea competition with their idea for an app that links parents in need of child care in a pinch to pre-screened providers.

“I fully intend to pursue this idea beyond the competition and am grateful for the resources available at Pitt to help make that happen,” Evans said.

Faculty, students, staff and members of the regional innovation and entrepreneurship ecosystem are welcome to attend the Big Idea awards celebration on March 29, from 4-6 p.m. at the Charity Randall Theater at the Stephen Foster Memorial. Click here to register. 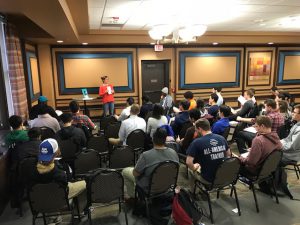 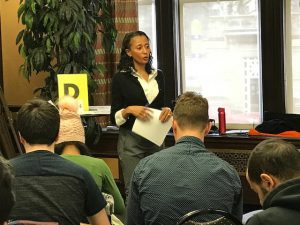 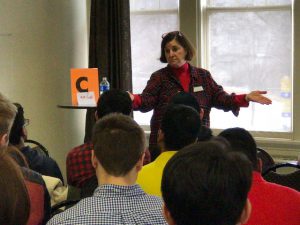 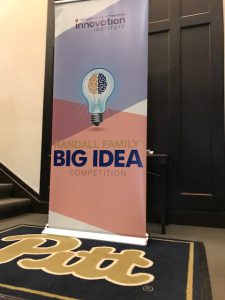 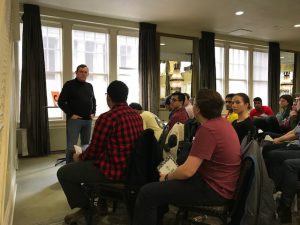 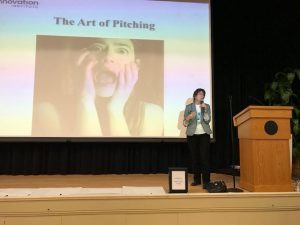