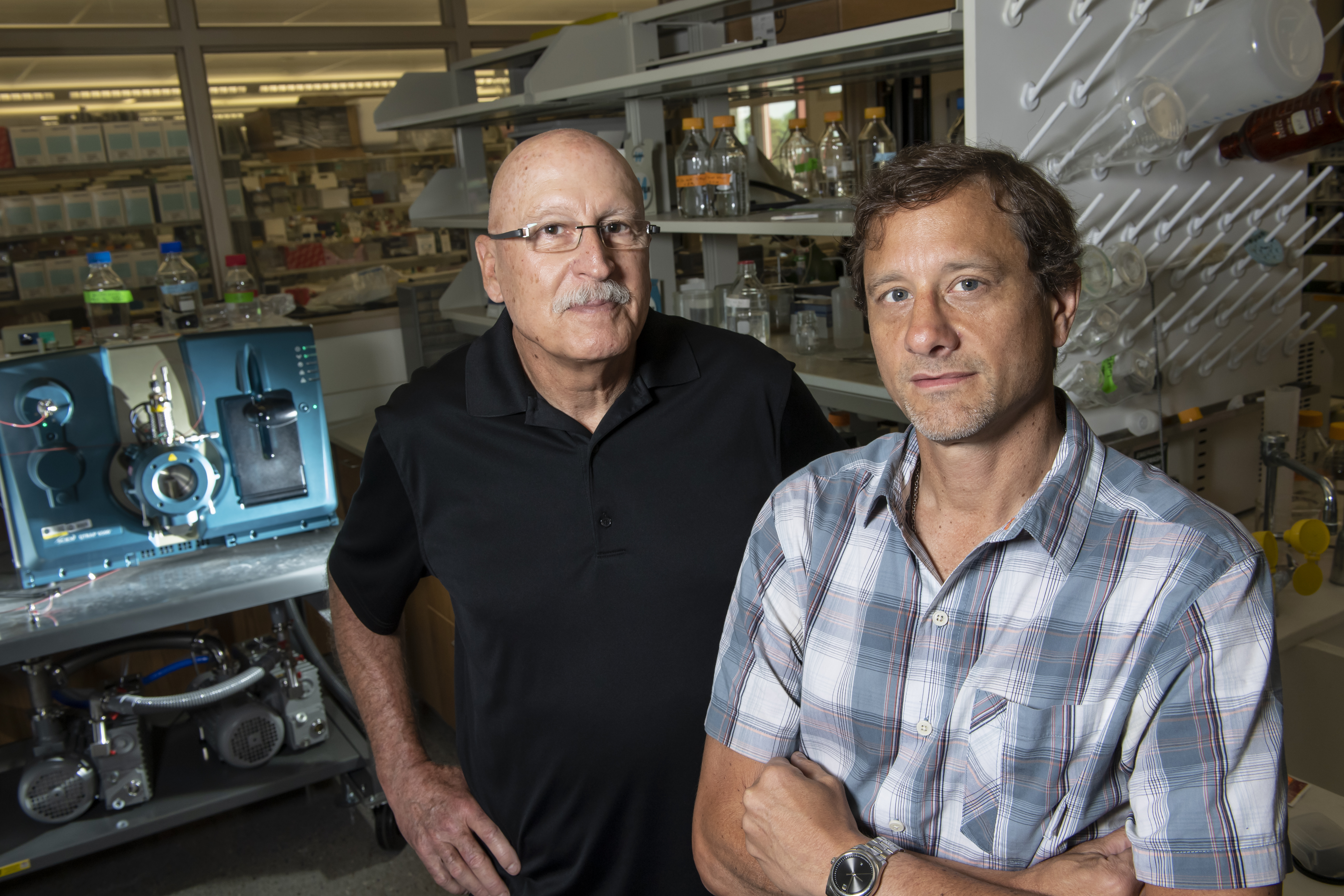 Bruce Freeman knows his career is nearing its twilight, but also views it approaching a zenith in terms of the scientific and clinical impact that he and his research team are achieving.

With a spinout company based on compounds derived from his lab’s last two decades of research now in Phase 2 clinical trials, and several more discoveries across a range of diseases and conditions percolating both in his lab and across the wider Department of Pharmacology and Chemical Biology that he chairs within the School of Medicine, Freeman is preparing to leave with a bang, not whimper.

“I want to make a difference,” the no-nonsense native Californian said recently while relaxed in jeans and polo t-shirt in his office. “At this stage of my career I want to ensure that our research team continues to thrive and see the discoveries we pioneered have a substantive impact.  We intend to increase the life span of people with diseases that lack effective drug therapies. Very few basic scientists are positioned to do that.”

“At this stage of my career I want to ensure that our research team continues to thrive and see the discoveries we pioneered have a substantive impact.  We intend to increase the life span of people with diseases that lack effective drug therapies. Very few basic scientists are positioned to do that.”

An avid mountain biker who attacks 25-mile rides atop canyon walls overlooking the Colorado River or the hills above Frick Park’s Nine Mile Run, and a kayaker who enjoys paddling his way around the rivers, lakes and inlets of the Gulf Coast, Freeman is determined to use the next five or so years before hanging up his lab coat to ensure that his department, lab, faculty colleagues and trainees are humming at peak productivity.

Freeman came to Pitt in 2005 from the University of Alabama at Birmingham, where he had begun research into the metabolic and inflammatory reactions of unsaturated fatty acids. His work revealed that these reactions produce derivatives that have powerful anti-inflammatory and anti-oxidant signaling actions that presented a wide range of potential applications.

“UAB was a great place to make these primary discoveries,” Freeman said in describing his decision to come to Pitt. “Pitt and UPMC conveyed an exciting vision for translating science into improved patient care, a vison we have seen become more achievable as our oversight mechanisms and support infrastructures evolve. That’s what really got me excited to come to Pittsburgh.”

For Freeman, science is still fun. His email prefix “freerad” is a nod to the reactive “free radicals” that his lab studies. Free radicals are molecules that contain an unpaired electron that are unstable and highly reactive and capable of causing cell damage. The oxidative stress caused by an imbalance of free radicals contributes to inflammation and leads to many diseases ranging from arthritis to cancer to heart disease to diabetes to Alzheimer’s and Parkinson’s and more. 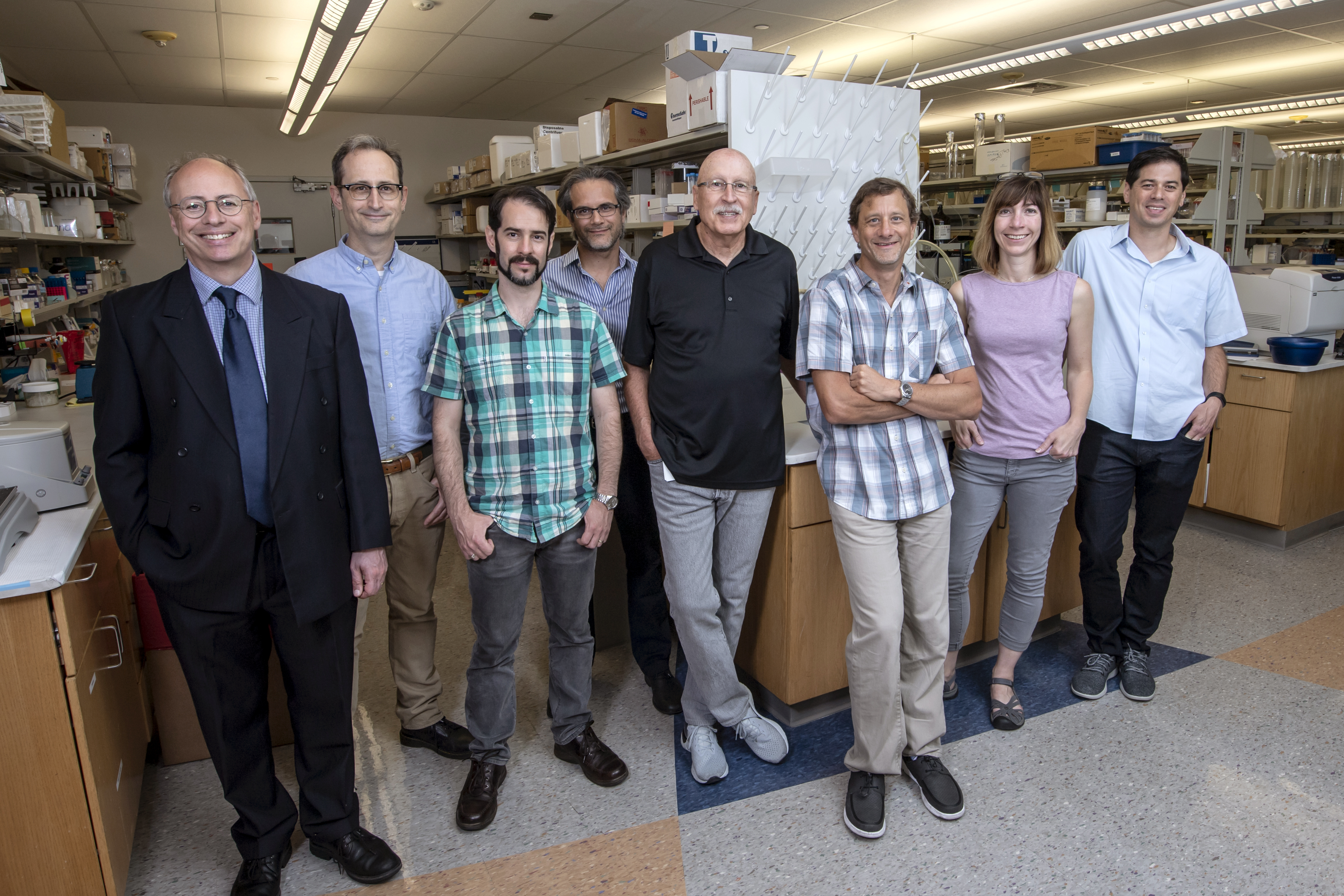 Countering these free radicals by understanding the properties of antioxidant nitro fatty acids, formed during both digestion and inflammatory reactions and directly found in foods like fish and olives, and how they control signaling in cells to instigate adaptive anti-inflammatory responses is key to his lab’s work.

Freeman, his anesthesiologist spouse Margaret Tarpey, and associate professor Francisco Schopfer, who also discovered and advanced their new drug technology, formed a start-up company in 2011, Complexa Inc., that is now based in the Philadelphia area. The company licensed their extensive patent portfolio from Pitt, raised $13 million in 2014, another $62 million in 2017, and $11 million more in a recent private stock sale, all aimed at bringing its new drug candidates through preclinical characterization and into clinical trials evaluating safety and efficacy.

“I am excited to help drive the next phase of Complexa’s growth as we proceed through clinical trials that bring the science from Dr. Freeman’s lab closer to making an impact on people’s lives,” Salva said.

One disease indication being tested now is focal segmental glomerulosclerosis, an inflammatory disease that causes scarring in the kidneys, reducing their function. About 70 percent of those with the disease develop end-stage renal failure. There are currently no effective treatments beyond long courses of high-dose steroids that are generally ineffective.

Another Phase 2 trial began in February, for using CXA-10 to treat pulmonary artery hypertension patients, a progressive disorder with a mean survival of five to seven years. Pulmonary artery hypertension results in high blood pressure in the arteries that carry blood from the heart to the lungs which leads to heart failure and death. A separate pulmonary hypertension Phase 2 trial of CXA-10, supported by the NIH, is being conducted at UPMC by Freeman; Mark Simon, associate professor of medicine and director of Pitt’s Heart Failure and Cardiac Transplantation Section in the Heart and Vascular Institute; and Mark Gladwin, chairman of the Department of Medicine.

Freeman is also overseeing an NIH-funded Phase 2 trial with a former Pitt faculty member, Fernando Holguin, at the University Of Colorado, in which CXA-10 is intended to provide relief to obese asthmatic patients for whom steroids or bronchodilators are not effective. Stacy Wendell, an assistant professor in Pharmacology and Chemical Biology, is also a key member of their asthma therapeutics team.

Freeman credits Andrew Remes, licensing manager at the Innovation Institute, for providing critical insight on the development of the intellectual property that was licensed to Complexa, and for providing important guidance throughout the patenting and licensing process.

Remes, for his part, said that Freeman has built one of the most prolific labs at the School of Medicine in terms of translational focus.

“Bruce has attracted a talented and diverse team that approach their research with a keen eye toward the impact they hope to eventually achieve through the development of new therapeutic molecules,” he said.