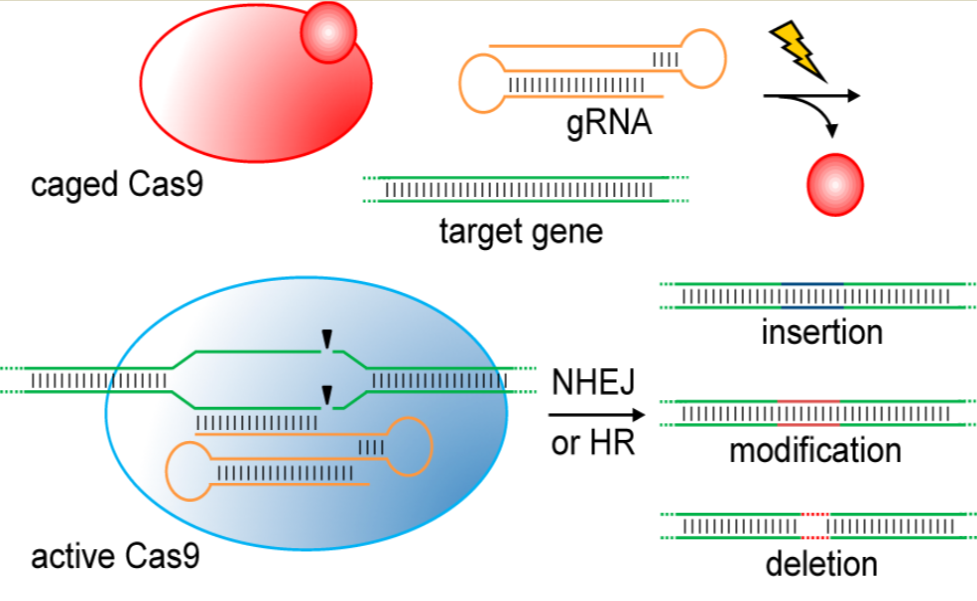 The CRISPR/Cas9 gene editing system has emerged as an exciting new tool for a wide range of applications, including customized genetic engineering, gene therapy, and treating viral infections. The FDA has approved CRISPR/Cas9 for use in human clinical trials, and several companies are working toward commercialization. But these efforts may hit a snag from off-target gene changes and a general lack of external control. To make CRISPR/Cas9 safer and more effective, we modified the system to be light-activated so that users can unleash this powerful gene editing tool precisely when and where it is needed.

To achieve spatial and temporal control, we genetically engineered the Cas9 protein to be light-activated. The addition of a caged lysine residue keeps Cas9 dormant by default, but in the presence of light the lysine caging group falls off and Cas9 springs into action. Unlike standard CRISPR/Cas9, which has full reign over the body, our light-activated system offers precise spatial and temporal control over genetic modifications, thereby reducing the chance of off-target effects and providing exclusive targeting of disease tissue.