A driven group of Pitt faculty and students worked the dog days of summer to determine the commercial potential of their research.

With the assistance of volunteer business mentors they completed the six-session Pitt Ventures First Gear workshop this week and delivered highly polished presentations of how their discoveries could improve people’s lives or make healthcare delivery more efficient.

The presentations were so good the judges took significantly longer than usual before returning with their decision on who to award additional funding to accelerate their projects toward commercialization.

The top award of $15,000 went to Charge OR, a team led by UPMC anesthesiologist Evan Lebovitz, who recently earned his MBA from Pitt’s Katz School of Business.

Working under Mark Hudson, vice chair of the Department of Anesthesiology and Perioperative Medicine, Hudson is developing an integrated anesthesia and surgical scheduling app to replace what he described as the outdated system of whiteboards and phone calls to schedule surgical teams. 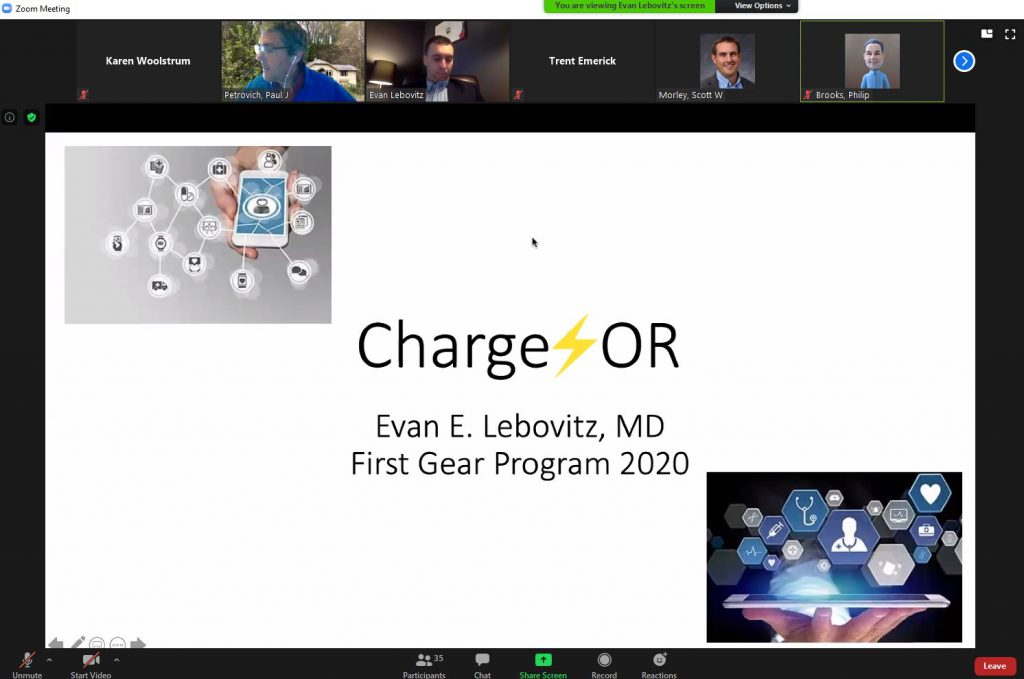 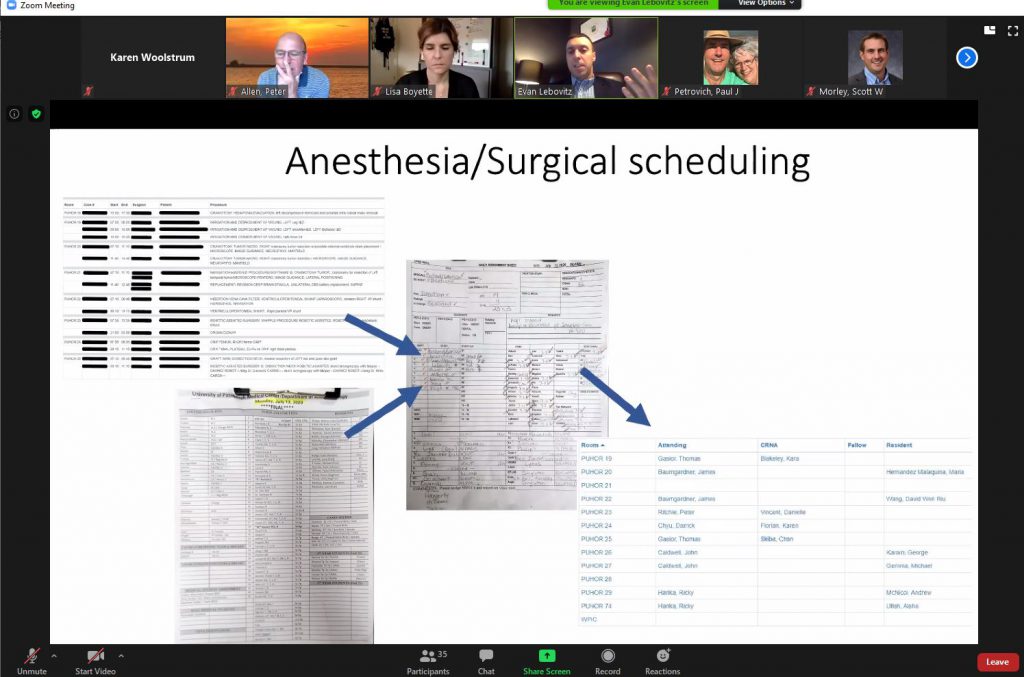 With the award money Lebovitz said the team will work to complete its beta version of the app over the next two months, then seek to do beta testing within UPMC.

The team was mentored by Ian Magazine. 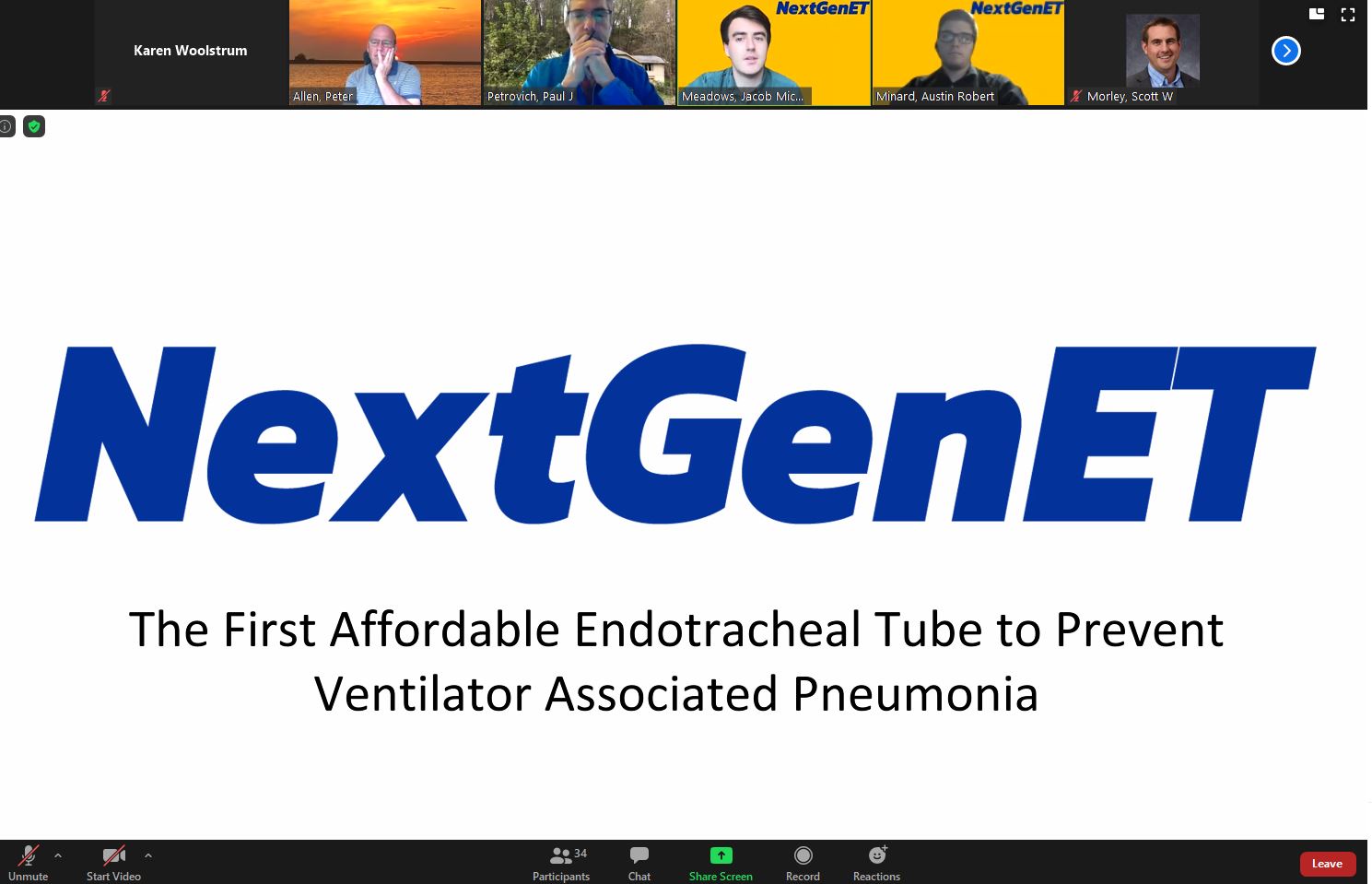 Taking the $10,000 second place award was NextGenET, which is developing a new breathing tube for patients that require mechanical ventilation, such as those suffering from COVID-19. The

tube is designed to prevent aspiration in the 15 percent of patients currently undergoing ventilation that acquire ventilator-associated pneumonia (VAP).

The team previously has received a $25,000 grant from Pitt’s Center for Medical Innovation.

It is led by Jacob Meadows, a recent Pitt Bioengineering graduate who will be a Fulbright Scholar studying entrepreneurship at the University College London in September, and Austin Minard, who is currently studying at Pitt for a master’s in Bioengineering, and specifically medical product engineering.

Their academic lead is Carl Snyderman, professor of otolaryngology and neurological surgery and co-director of the Center for Cranial Base Surgery at UPMC, and the business mentor is Mark Adkins.

First Gear is an eight week, six session workshop where teams explore the value proposition of their innovations for potential real world customers through a market research and customer interview process. Each team receives $3,000 to assist with the process from the NSF I-Corps program, for which Pitt is a designated site. The funding for the demonstration day awards comes from the Chancellor’s Commercialization Funds, established to help accelerate the commercial translation of promising research projects.

First Gear teams typically consist of a principal investigator (PI), an entrepreneurial lead (EL), typically a graduate student or postdoc in the investigator’s lab/school, and an experienced a business mentor (M).

The other teams participating in the summer 2020 cohort of First Gear included: 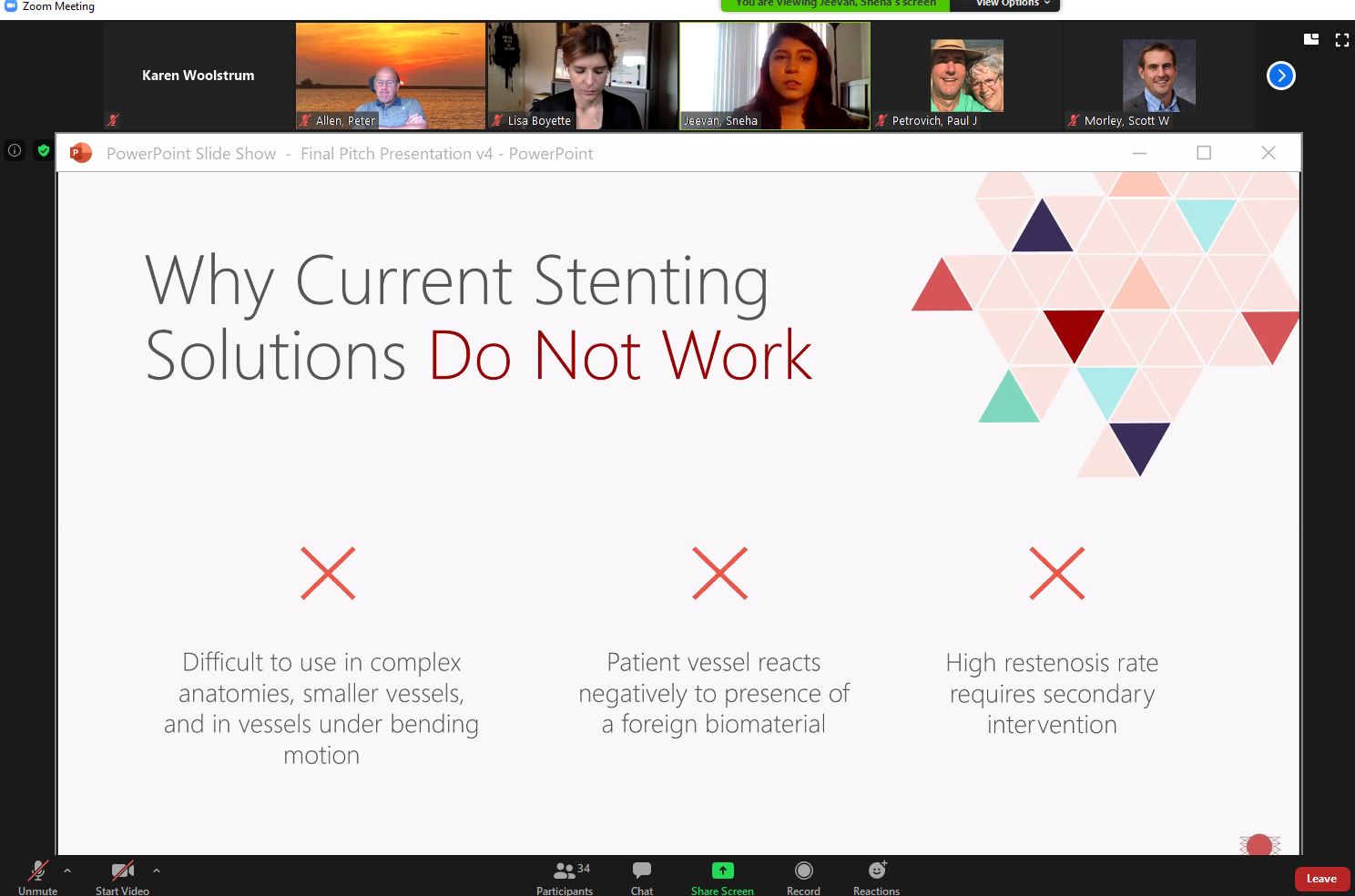 Flexible, drug-eluting, biodegradable endovascular device that will provide the best treatment of peripheral arterial disease in small arteries and across joints. 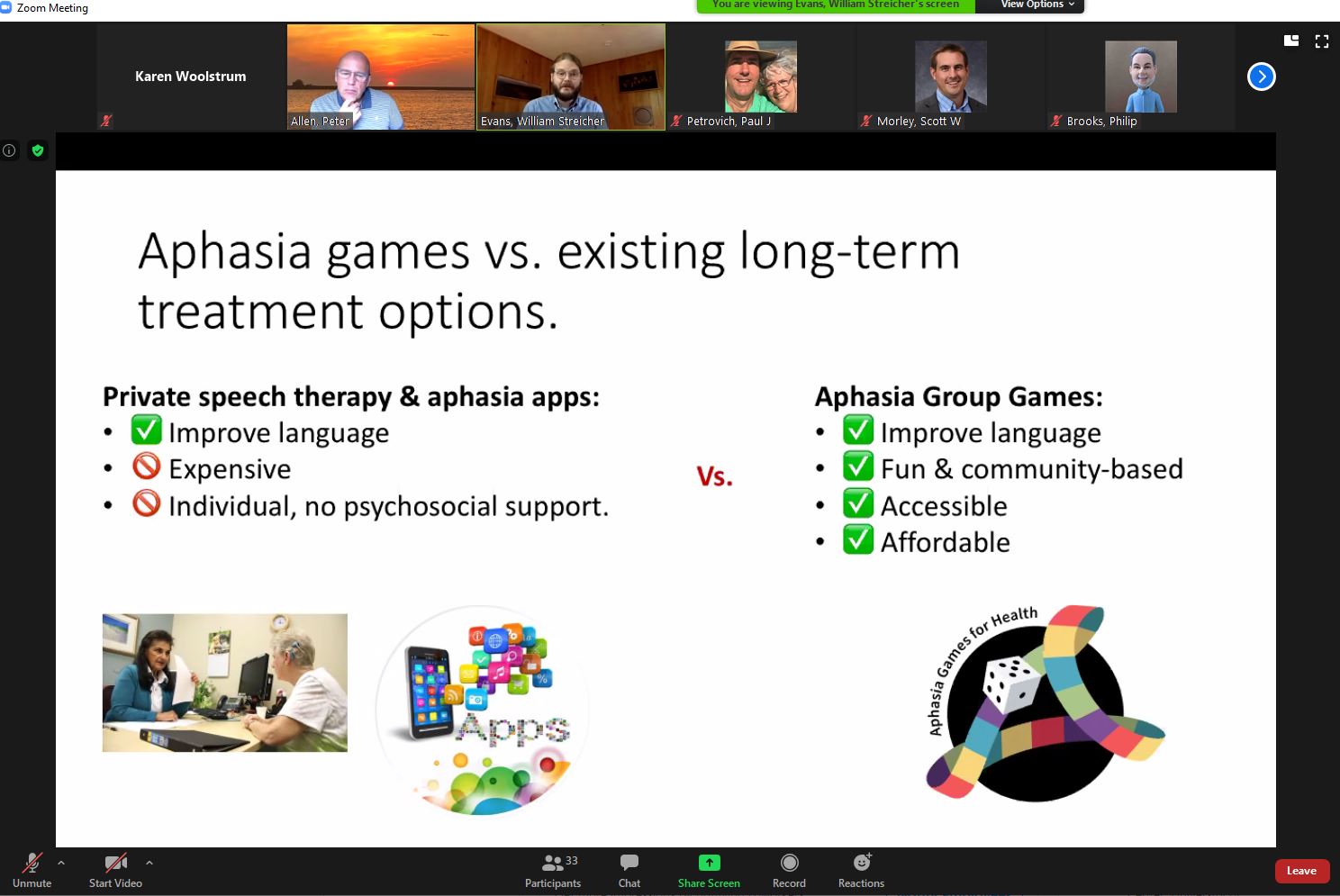 Therapeutic card games designed to provide engaging practice for long-term language recovery for stroke patients while helping to fight isolation and depression through community and play. 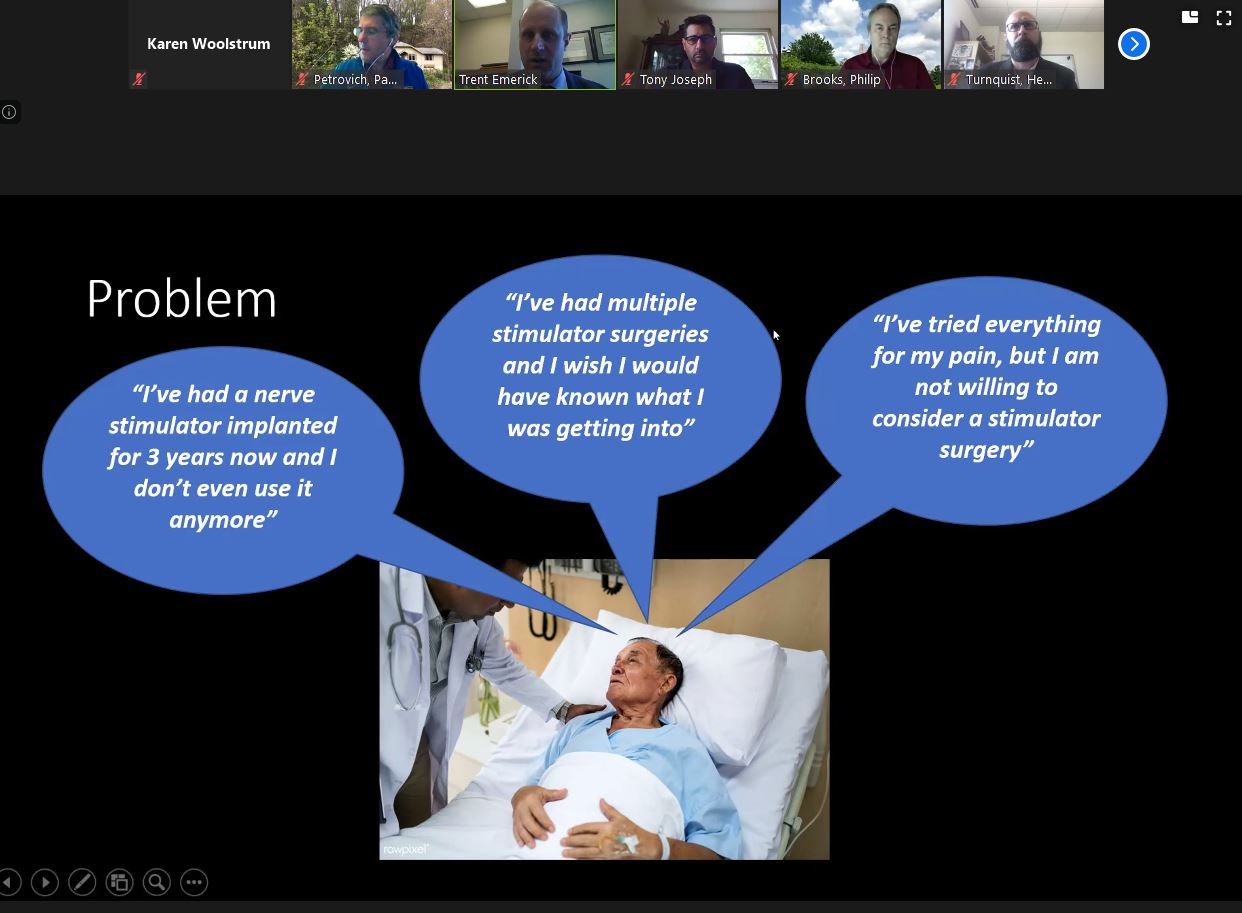 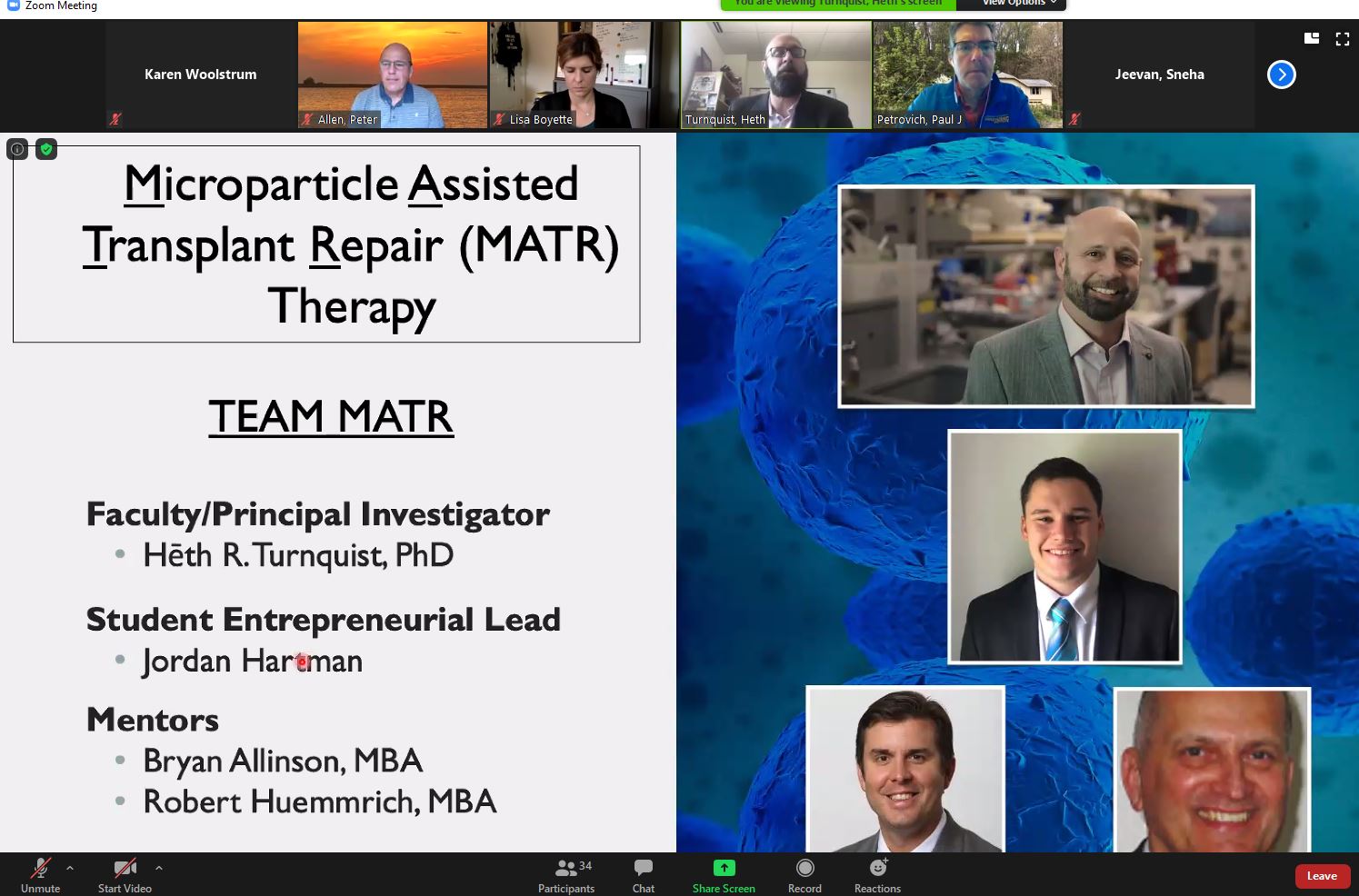 The next cohort of First Gear begins September 1, 2020. Watch the video below to learn more about First Gear and apply: 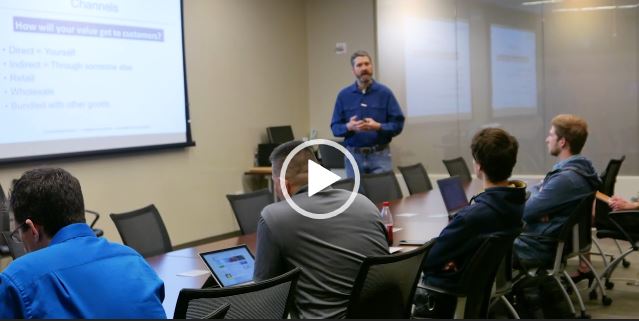