Few treatment options exist for people suffering end stage liver disease (ESLD) and who are not eligible for a transplant. The lab of Dr. Eric Lagasse at the McGowan Institute for Regenerative Medicine has discovered the ability of lymph nodes to act as bioreactors to grow tissue substitutes, which could eventually yield a treatment. 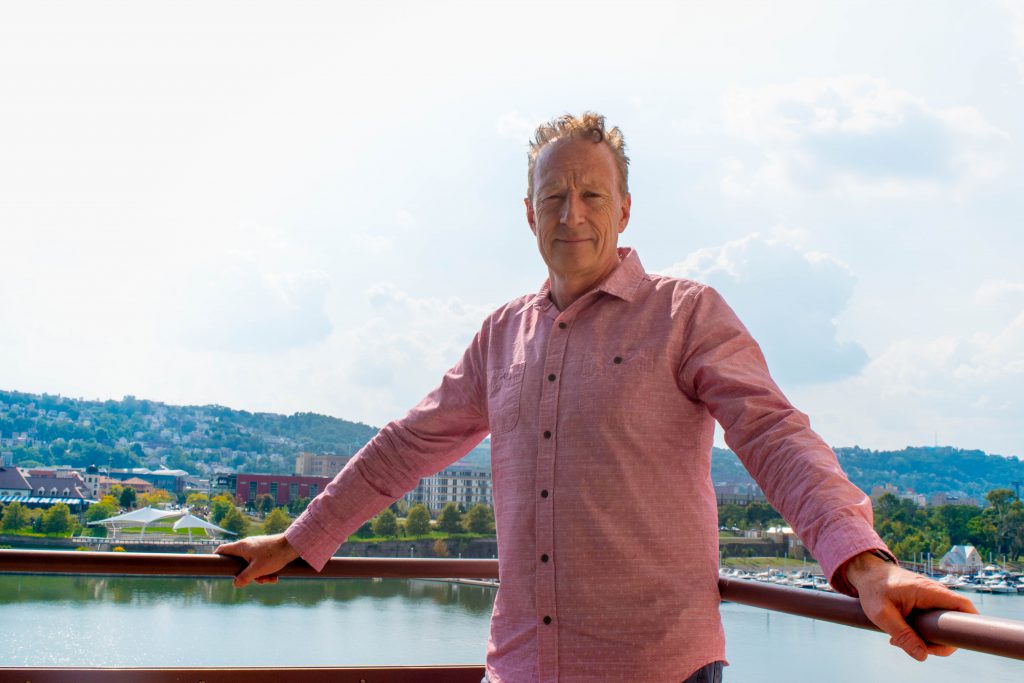 Dr. Lagasse is an Associate Professor in the Department of Pathology and the Director of the Cancer Stem Cell Center at the McGowan Institute for Regenerative Medicine.

In order to begin exploring a path to market for this discovery to benefit people, research associate Bing Han entered the most recent cohort of the Pitt Ventures First Gear program as the entrepreneurial lead. Rigorous customer discovery exercises helped his innovation team, under the name Lygenisis, define a commercialization strategy.

“There were several issues that we had not thought over before attending the First Gear Program,” Han said. “For instance, which patients with ESLD should our technology first be applied when conducting clinical trials? How can you inject cells into lymph nodes using minimally invasive procedures? Are there other patients with liver diseases that could also benefit from our technology?”

Guided by Innovation Institute entrepreneur in residence Lorenzo Soletti, Han interviewed top hepatologists and liver transplant surgeons at UPMC, which led to the discovery of numerous candidates for their planned clinical trial. The discussions also yielded a minimally invasive method to deliver the hepatocyte cells into abdominal lymph nodes.

Finally, they discovered that some pediatric patients with metabolic liver diseases could benefit from their technology and potentially avoid the need for a liver transplant.

Han said his team is using the $5,000 award from the Chancellor’s Innovation Commercialization Funds that they received upon placing second in their cohort’s pitch contest to begin preparing a pre-IND meeting package in preparation for clinical trial.

In the meantime, they have begun discussions with venture capital firms in order to line up funding for the trials.

First place in the spring 2017 pitch contest went to the A4 team, consisting of PhD student Quiao Lin as entrepreneurial lead on behalf of faculty sponsor, Peter Di, associate professor of environmental and occupational health, and business mentor Mark Collins. This team is developing a solution to the problem of antibiotic overuse which has led to the evolution of antibiotic resistant bacteria.

They received $20,000 from the Chancellor Innovation Commercialization Funds.

All First Gear teams received $3,000 through the NSF I-Corps Site program, for which Pitt was one of the 36 inaugural sites across the nation. Teams that successfully complete First Gear can apply for the national I-Corps program, which can provide an additional $50,000 in funding for commercialization of their research. Click here to read about Pitt psychiatry professor Judy Cameron’s success in progressing to the national I-Corps program.

The next cohort of First Gear runs from June 27- August 15. Applications are due June 6. Click here to learn more and apply.