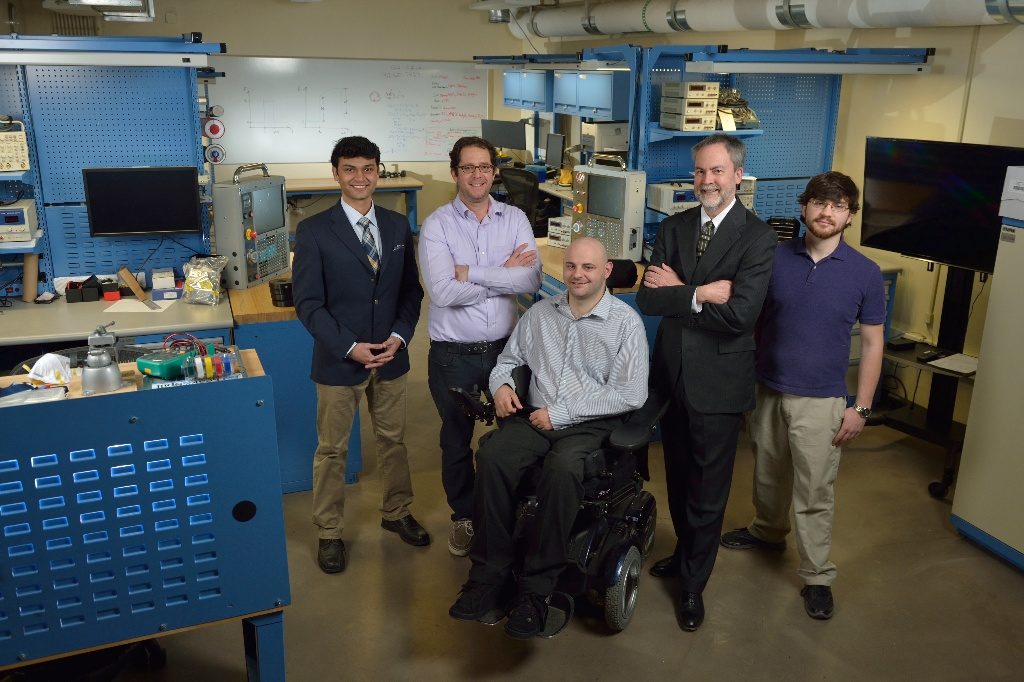 E-Scale Tackles Weighty Issues for People Who Are Mobility Impaired

For many people, the bathroom scale is an unwelcome reminder that a weekend pizza and beer binge has added a few pounds to the waistline.

For mobility impaired people, not being able to weigh themselves is a serious problem. Whether they are trying to lose weight or are suffering from congestive heart failure, where due to fluid retention a sudden weight gain of as little as three pounds could indicate a life threatening situation, a new solution was desperately needed. 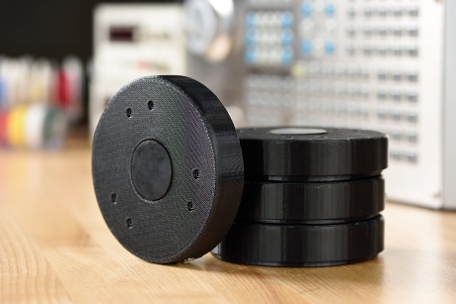 Jonathan Pearlman, a research scientist and faculty member at the University of Pittsburgh Human Engineering Research Lab (HERL) was trying to get in shape two summers ago while vacationing with his family, including his step-father, who happens to use a wheelchair. It dawned on Pearlman as he helped his step-father get in and out of vehicles that using a bathroom scale must be near impossible for him.

From this insight an applied research project was born that resulted in the development of E-Scale – a passive weight monitoring system that uses four discs positioned under bedposts to weigh an individual and wirelessly provide a digital readout via a phone app.

To determine if there was a viable path to market for this idea and discern the underlying value proposition for potential customers, the E-Scale team enrolled in the Innovation Institute’s Pitt Ventures First Gear commercialization program. Through First Gear, they validated the problem among wheelchair users, developed a business model and received one-on-one mentorship from entrepreneur-in-residence, Phil Brooks. They also received $3,000 in funding for participating in First Gear to assist with their initial commercialization efforts.

Through this process they honed their initial “minimum viable product” for weight management while also beginning to configure a platform for the system to add features and market segments.

“We learned through the customer discovery process there is the potential for bundling several features beyond weight measurement, from sleep quality monitoring, to pressure ulcer prevention, to patient movement monitoring in hospitals and nursing homes,” Brooks said.

Along the way they secured an additional $50K in NSF I-Corps Team funding, as well as a grant from the Paralyzed Veterans of America to test the system as a platform for weight loss for the mobility impaired. Wheelchair users in the U.S. have a 57 percent higher obesity rate than adults without disabilities.

Jonathan Duvall, a HERL doctoral student researcher on the E-Scale team, whose spinal cord injury requires him to utilize a motorized wheelchair, said the customer discovery exercises conducted in the First Gear program revealed to what lengths some people were going to weigh themselves.

“Some were putting a bathroom scale on a chair and trying to sit and balance themselves on it. One man put a meat scale on a lift; and another person told us they went to a veterinarian to use their scale for weighing animals,” he said.

Brooks said a lack of reasonable weight measurement options for this community is a “huge barrier to effective home care,” particularly for disabled congestive heart failure patients, who must weigh themselves daily. “In this ‘Internet of Things’ world there is a clear lack of a critical point of data (i.e., weight) for an extremely vulnerable patient population,” he said.

Pearlman said nursing home administrators told him that the top complaint of nursing home staff is weighing mobility impaired patients. The process is time consuming, interfering with more meaningful patient care responsibilities, and risks injury to both the patient and staff.

The E-Scale technology has been optioned by Richmond, Va.-based startup company Nexaware. The company has raised $250,000 from angel investors and is working towards having a product on the market by year’s end.

Pearlman and Duvall and the rest of the E-scale team that includes Anand Mhatre and Sam Bucior, are shifting their attention to how to turn all of the data that the E-Scale system is capable of collecting into new interventions and improved health outcomes.

If you have an innovation based on your Pitt research that can positively impact society through commercial development, the Innovation Institute can help with education, mentoring and funding. Phil Brooks leads a short, 2-hour intro level workshop once a month.  Check it out here.