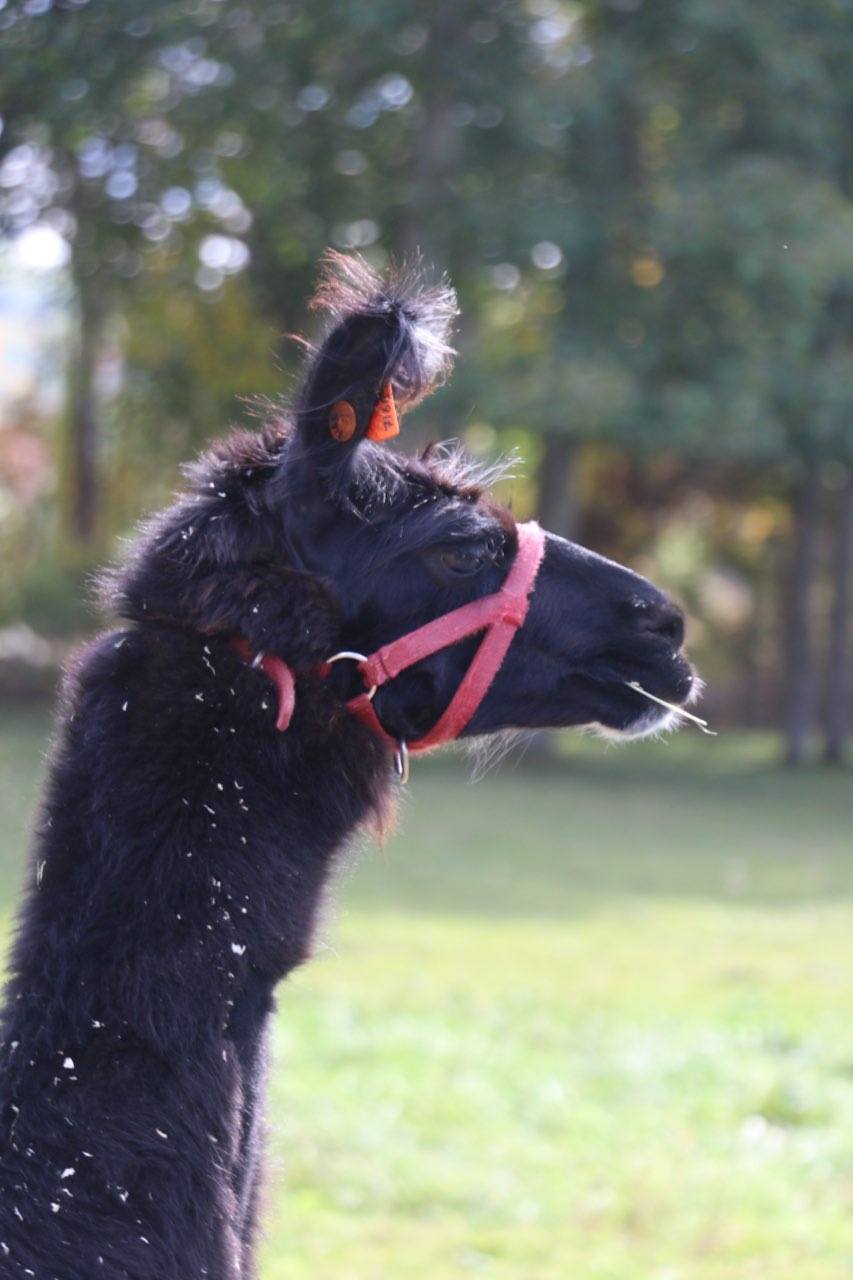 Camels have been helping people travel through the desert for millennia, and alpacas and llamas have long been raised for their silky fur.

Yi Shi, University of Pittsburgh assistant professor of cell biology, and his lab colleagues are among a group of scientists who see something potentially much more valuable in these unique creatures of the camelid family, including possibly effective treatment for SARS CoV-2.

Shi came to Pitt more than three years ago to start a lab focused on what he calls “disruptive proteomics technologies” for the discovery and development of new disease therapies. The proteins he is most interested in are nanobodies, which are a slimmed-down version of human antibodies that have several advantages as potential therapies: they are soluble, and much more stable compared to human antibodies. Camelid creatures are the only mammals known to produce these nanobodies.

“Human antibodies are difficult to subject to bioengineering. They are too big,” Shi said. “Nanobodies, as their name suggests, are tiny.”

Nanobodies can be cultured easily from microbes such as E-coli bacteria, which makes them magnitudes cheaper to produce. Another advantage is that unlike human antibodies, which must be injected, nanobodies are more flexible for drug administration and could potentially be inhaled right into the lungs where they are needed to counteract the virus. 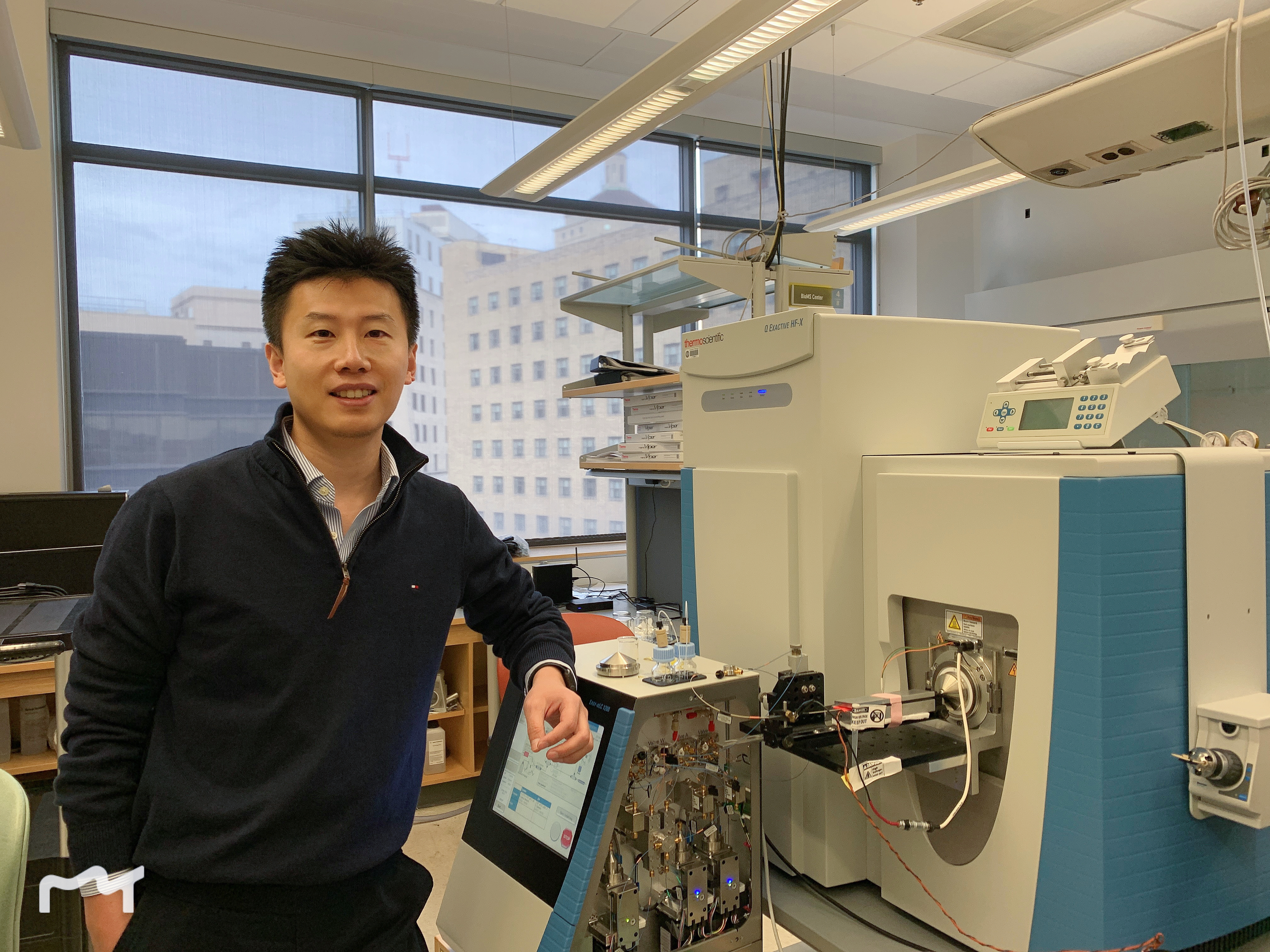 Yi Shi, University of Pittsburgh assistant professor of cell biology, in his lab.

Shi said that existing human antibody approaches to treating COVID-19, such as the ones in late stage clinical trials from the companies Regeneron and Eli Lilly,  are very expensive to manufacture. In addition, there is a potential risk of Antibody-Dependent Enhancement (ADE) that could actually cause more harm to the patients. In this situation, the binding of a virus to a suboptimal antibody can actually enhance instead of preventing the virus’ entrance into host cells, followed by its replication and the death of immune cells. This phenomenon has been noted with the viruses that cause dengue fever, yellow fever, and coronaviruses

Shi is collaborating with Pitt’s Center for Vaccine Research, which is overseeing the development of a potential SARS Cov-2 vaccine on developing preclinical animal tests on the nanobodies for treating and preventing COVID-19.

“We are hoping for preliminary data soon,” he said, potentially by the end of October.

“Neutralization of coronavirus by antibodies lies at the heart of both the body’s response to COVID-19 and our vaccine development pipeline,” said Paul Duprex, Ph.D., director of the Pitt Center for Vaccine Research. “As a virologist, it is incredible to see how harnessing the quirkiness of llama antibody generation can be translated into the creation of a potent nanoweapon against clinical isolates of SARS-CoV-2.”

A graphic animation of a bioengineered camelid nanobody

Shi had licensed his lab’s initial research to form a startup company, Antenna Biotechnology, in April 2020, just as the pandemic was beginning to strengthen in the U.S. The original thrust of the company was to be a technology platform for identifying and screening camelid nanobodies both as disease therapies and for drug delivery.

“The problem is the existing technology platform has difficulty in identifying high-quality nanobodies. That’s why we decided to use mass spectrometry, high-throughput technology for protein analysis, which has enabled us to improve the diversity and quality of nanobody discovery. Usually, people find it difficult to identify one high-quality nanobody for a disease target. We can identify thousands of tight-binding nanobodies for disease targets,” Shi said.

The nanobodies can also be used as an effective drug delivery agent. Because the half-lives of human antibody treatment are short, patients must be subjected to frequent intravenous injections, and the doses of the drug must be relatively high, which increases the toxicity and incidence of side effects, Shi said.

In mouse models of melanoma, Shi said his lab has demonstrated that using nanobodies as the delivery agent resulted in increased effectiveness at a lower dose.

Shi acknowledges there are labs at other universities pursuing similar research, including Rockefeller University in New York, where he did his postdoctoral work before coming to Pitt, but he believes his work since coming to Pitt has demonstrated stronger potential.

For the time being, Shi has put his new company on the back burner as he focuses 100 percent of his energy on his COVID efforts.

“Because of the pandemic, we have been running 150 days without a break,” he said.

Now that he has published results on his COVID work, Shi is working with Pitt’s Innovation Institute to determine the best way to translate the research from the lab to the market.

“It is a good feeling to know that what we are doing could have an impact on controlling this virus,” he said.

Then he can turn his attention back to the original promise of Antenna Biotech.