The University of Pittsburgh made a significant move up the list of the top recipients of U.S. utility patents among worldwide universities in 2020, according to the National Academy of Inventors (NAI) and the Intellectual Property Owners Association (IPO). 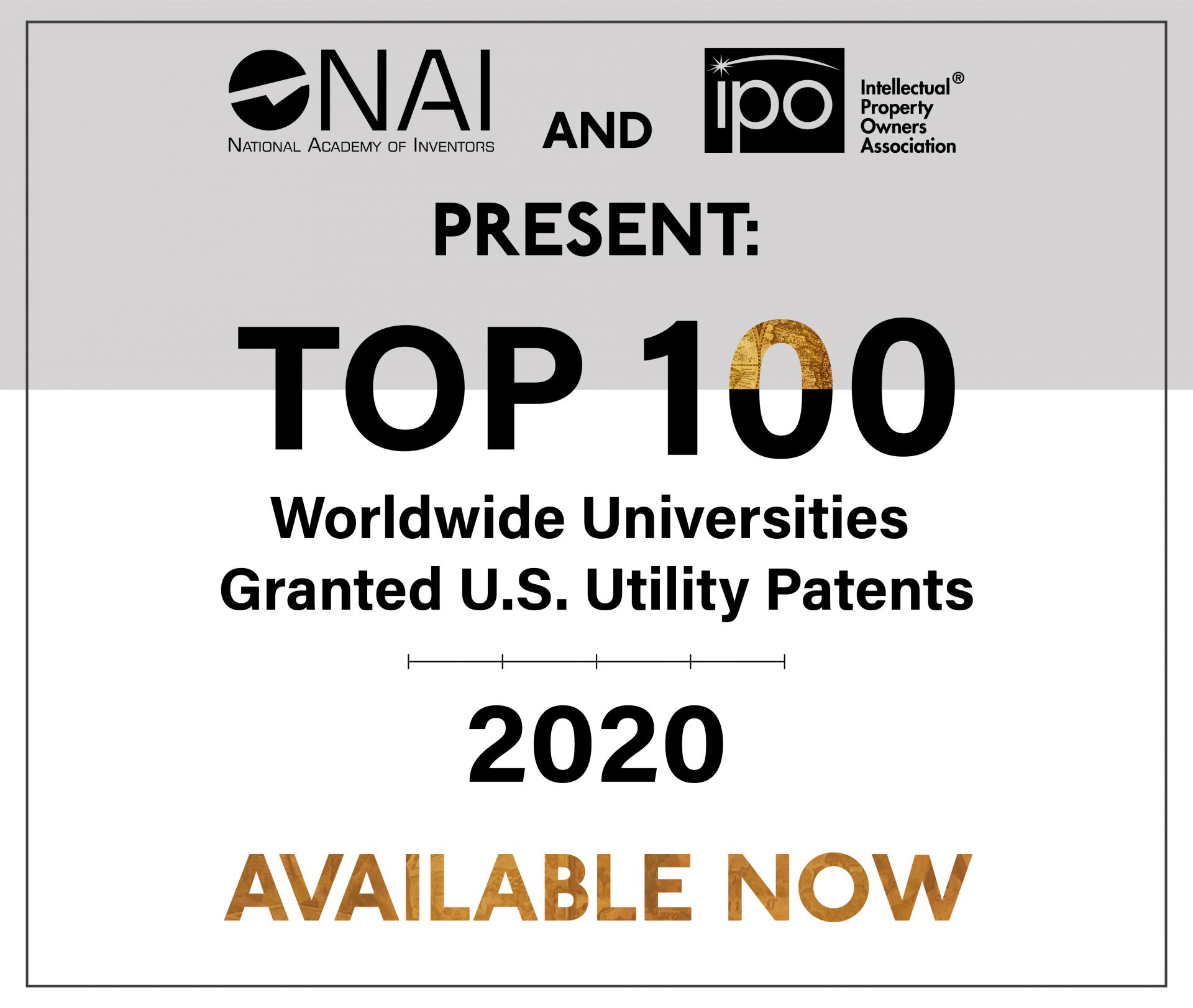 Published annually since 2013, the report ranks the top 100 global universities named as the first assignee on utility patents granted by the U.S. Patent and Trademark Office. Pitt ranked #20 for the 2020 calendar year with 106 patents. In the previous year, the university ranked #28. The full report can be found here.

“Filing for and receiving patent protection for innovations is an important step in creating research of impact by Pitt researchers,” said Evan Facher, vice chancellor for innovation and entrepreneurship and director of the Innovation Institute, which is responsible for managing and licensing intellectual property at the University. “We are pleased to see Pitt rise in this ranking, especially as it indicates that more Pitt innovators are getting involved in the commercial translation of their work.”

In the most recent five year period (2016-2020), issued patents to Pitt inventors increased 66 percent over the previous five fiscal years (2011-2015). Startups based on Pitt discoveries have increased 124 percent in the same time period, reflecting the expanded funding, mentoring, and educational resources available through the university’s growing innovation and entrepreneurship ecosystem.

“The institutions included in this year’s report are leading innovation worldwide through their encouragement of academic discovery and invention,” said Paul R. Sanberg, president of the NAI. “We are proud to collaborate with the IPO for the ninth consecutive year to highlight universities that have made critical contributions to society.”