If ever there was a time to celebrate the power of innovation, it is in the wake of the wave of innovation unleashed by the SARS CoV-2 pandemic.

At the University of Pittsburgh, taking on the world’s biggest challenges is in our DNA, and our faculty, students and staff rose to the occasion to develop innovative solutions to directly confront Covid-19. They also persevered to keep progressing on the commercial translation of their pre-pandemic discoveries.

The University of Pittsburgh Office of Innovation and Entrepreneurship presented its Celebration of Innovation on April 22, 2021, on YouTube.

The Celebration of Innovation recognizes the accomplishments of Pitt innovators who have achieved important milestones for the commercialization of their work to make an impact on the world and on people’s lives. These include being issued a patent, or having their technology or creation licensed or copyrighted, including the formation of startup companies based on their intellectual property.

“The recipients of this year’s special awards are advancing potential cures for diabetes, a fatal pediatric genetic disease, and therapeutics for fibrotic diseases. They have developed an artificial lung device that has been used to help COVID-19 patients that on the brink of FDA approval and are creating a system to reduce the waste plastic stream in the healthcare and laboratory spaces,” said Evan Facher, vice chancellor for innovation and entrepreneurship and director of the Innovation Institute.

“They exemplify the drive of Pitt innovators to take on the world’s biggest challenges and create an impact for their research through commercialization.”

There were eight special awards presented for outstanding achievements in innovation and entrepreneurship. 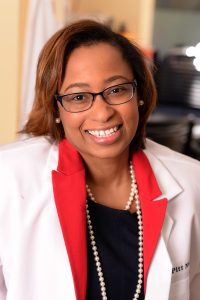 This award recognizes an early-to-mid-career Pitt faculty member who has demonstrated an extraordinary commitment to innovation commercialization.

Dr. Yates has developed the first cellular and molecular laboratory fully equipped for basic, translational, and clinical research located within the School of Nursing. Her tissue repair laboratory investigates the chronic and fibrotic responses to injury.

Dr. Yates has submitted 11 invention disclosures to the Innovation Institute that have thus far resulted in 6 issued U.S. patents, and three licenses of her work, including the formation of a startup company four years ago, Ocugenix, aimed at treating macular degeneration.

Most recently, Dr. Yates has received a $250,000 grant from CSL Behring, a global biotech company focused on rare diseases, to further develop peptides that imitate the action of proteins that target the underlying causes of fibrosis. She has formed a company around the Fibrokine™  platform of anti‐fibrotic chemokine peptides to treat organ fibrosis.

Finally, Dr. Yates has demonstrated a willingness to help mentor and train the next generation of Pitt innovators. She is the program co-director for the Clinical and Translational Science Fellowship, which equips researchers with the skills to advance the translation of discoveries into improved patient outcomes. 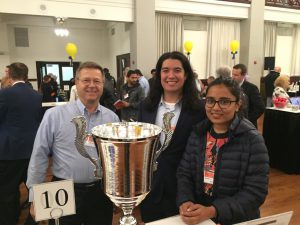 Watch Mentor of the Year Award

Volunteer mentors are critical to the commercial translation of Pitt-developed innovations. They assist faculty and students in the often unfamiliar terrain of entrepreneurship.

Dick Heilman is a veteran executive in the glass and fiberglass industries, having held numerous senior national and international roles at PPG Industries, in addition to his own consulting practice. He has mentored teams through six cohorts of the Innovation Institute’s First Gear commercialization program, in addition to two participants in the Kuzneski Innovation Cup student innovation competition, including the 2019 winning team.

The volunteer mentor award is named in honor of James “Chip” Hanlon, who was one the first entrepreneurs in residence when the Innovation Institute first launched in 2013.

A graduate of Pitt’s Katz Graduate School of Business, Dick has found a way to give back to Pitt that align with his entrepreneurial passion.

License of the Year Award 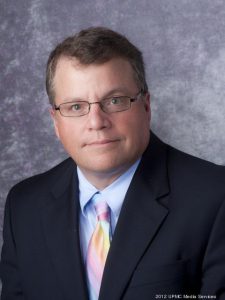 Watch License of the Year Award

George Gittes is the Benjamin R. Fisher Chair and Professor of Pediatric Surgery, and Director of the Richard King Mellon Foundation Institute for Pediatric Research at the Children’s Hospital of Pittsburgh.

Dr. Gittes’ research has demonstrated that by delivering select genes to the pancreas via virus vector, the genes will express proteins that transform alpha cells in the pancreas, which do not produce insulin, into functional insulin-producing beta cells. These cells are distinct enough from beta cells to avoid the attention of the immune system.

Last July, Dr. Gittes was awarded a grant of $2.59 million from the National Institutes of Health to build upon his groundbreaking gene therapy work toward finding a cure for diabetes.

Genprex, based in Austin, Texas, was founded in 2009 as an immunogene cancer therapy company. The company raised $40 million in capital last year in preparation for two cancer clinical trials it expects to begin this year. The company recognized in Dr. Gittes’ research the opportunity to expand its gene therapy platform to diabetes.

Startup of the Year Award

Watch Startup of the Year Award

Maria Escolar, associate professor of pediatrics, is among the world’s leading authorities on Krabbe Disease.

Krabbe is a rare congenital disease resulting from a missing gene for the production of myelin, the protective coating on nerve cells. Krabbe is a devastating disease that destroys the nervous system and is most often fatal before age five.

Through her decades of research, Dr. Escolar has been a pioneer in the diagnosis and treatment of Krabbe. Families from around the world travel to her clinic at Children’s Hospital of Pittsburgh to consult with her.  But standard treatment and care can only briefly extend the lives of children stricken with this awful disease, so Dr. Escolar has also been working tirelessly for many years on a gene therapy that can halt its progress.

Last year the founders of Forge Biologics licensed Dr. Escolar’s discoveries as the first in what it plans to be several gene therapies for rare diseases. Dr. Escolar serves as the company’s chief medical officer.

In February, Forge was granted fast track, orphan drug and rare pediatric disease designations from the FDA for its gene therapy for Krabbe. It is now actively recruiting patients for its clinical trial through UPMC, bringing this potentially life-saving therapy one big step closer to reality.

Student Innovators of the Year

James O’Brien and Noah Pyles are both students from the Pitt School of Medicine who have taken a pause in their studies to pursue entrepreneurship.

Two years ago they did what all entrepreneurs do: they identified a problem  — in this case the inefficient handling of medical and scientific waste plastic – and began to think about potential solutions. They launched a company, Polycarbin, that is developing a software-enabled platform that aims to make single use scientific plastics a thing of the past.

They entered the Randall Family Big Idea Competition last year, which is the region’s largest student innovation competition, and came away with the $25,000 top prize.

From there they participated in the Big Idea Center’s Blast Furnace accelerator program and the Forge incubator program. They have taken advantage of every resource available to them through the Big Idea Center, including our experienced entrepreneurs in residence, to hone their business model and go-to-market strategy.

Last fall they were selected as one of eight finalists to compete in the Cleantech Open competition. They have recently raised $2 million in investment to help launch their platform.

COE Distributing is a 3rd generation family-owned furniture distribution business based in Smock, PA. At age 19, President and CEO J.D. Ewing took over that side of the family business and has grown COE Distributing from a $200,000 enterprise to now nearly 500 times that in the 30 years since.

Like any business owner, he and his wife, Melanie, have navigated the pitfalls and problems that every business faces, and this past year was no different. Due to the pandemic, even with office occupancy dropping 85% in 2020, COE Distributing saw its revenues rise. COE also committed to keeping all employees and maintaining their wages, as well as approved additional paid time off for any employee whose family was impacted by the virus.

Small Business of the Year: <$1 MM

Thorne and Peddycord see their business, which is both a female- and minority-owned business, as being more than the services they offer. As mental health counselors at UPMC Western Psych, they work to ensure their picnics promote self-care, connection with others and nature, and building community. They also use the entrepreneurial platform they’ve created to uplift at-risk populations in the community by highlighting local non-profits and donating a portion of their proceeds to programs that support equality and human rights.

Blanket & Board has showed true entrepreneurial spirit by creatively marketing their brand and business. They competed in – and won – Invest In Her’s 2020 Pitch Competition, established strategic partnerships with leading local organizations like Henne Jewelers and Community Kitchen Pittsburgh, and offered socially-distanced public events to highlight their services to the community. 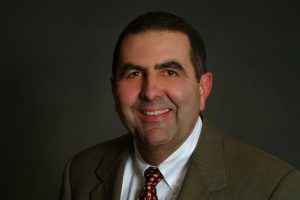 William Federspiel is a John A. Swanson Professor in the Department of Bioengineering, and Director of the Medical Devices Laboratory at the McGowan Institute for Regenerative Medicine.

The Outstanding Innovator Award recognizes Pitt faculty who have demonstrated an extraordinary commitment to achieving impact through the commercialization of their research. It is named in honor of the late Marlin Mickle, who was the most prolific inventor in the history of the university, and a pioneer of radio frequency identification technology.

In his time at Pitt, Dr. Federspiel has submitted 32 invention disclosures and has been issued 14 patents, with many more pending. He has had his work licensed 11 times.

Not long after arriving at Pitt, Dr. Federspiel licensed his work on an artificial lung device to form Alung Technologies. Dr. Federspiel serves as the head of the company’s scientific advisory board.

This time last year, Alung was in multiple clinical trials for its Hemolung Respiratory Assist System to treat chronic obstructive pulmonary Disease. That work was interrupted by the onset of the SARS CoV-2 pandemic. The company recognized a role for the device in treating critically ill COVID patients and applied for emergency use permission from the FDA, which it quickly received.

Since then, more than 75 patients have used the device successfully. This data may help the company finally obtain full U.S. regulatory approval by this summer.

Dr. Federspiel is working on other impressive innovations: