Pitt students had no shortage of things to do Homecoming weekend.

For more than 100 students of all levels from across the university, plus some from neighboring Carnegie Mellon, the opportunity to hack solutions to healthcare problems was more enticing than any concerts or parties.

They gathered at the Information Sciences building on Bellefield Avenue through the weekend to brainstorm ideas, form teams, and flesh out their solutions with the help of representatives from IBM and Amerisource Bergen. Then on Sunday afternoon they pitched their ideas for the opportunity to win prizes.

The IBM Bluehack event, in its second year, demonstrated that Pitt students are focused on reinventing the future. 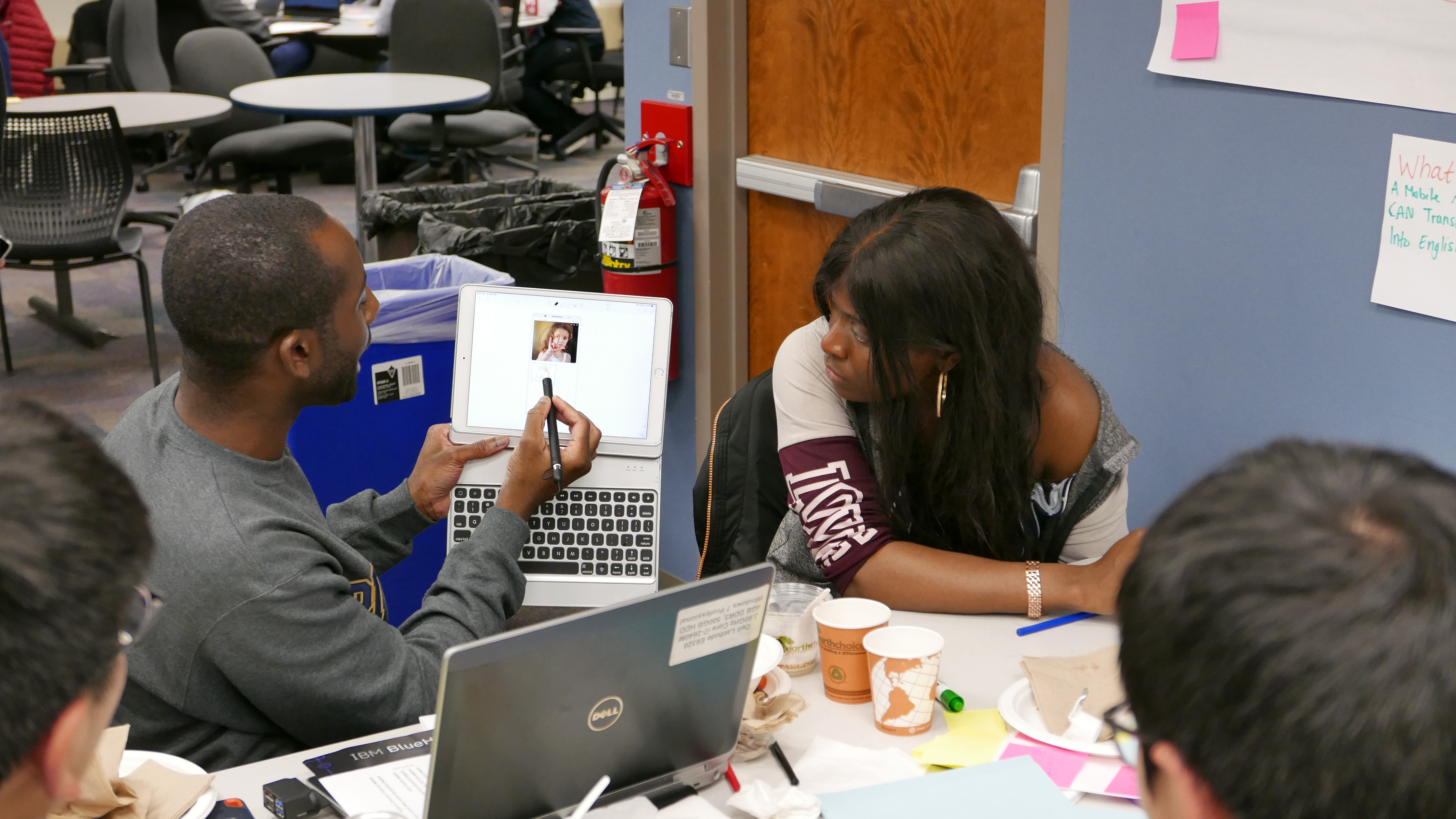 “I want to thank IBM and AmeriSource Bergen for sponsoring this event once again,” said Babs Carryer, director of the Big Idea Center for student innovation and entrepreneurship at the Pitt Innovation Institute. “Last year’s inaugural event was a tremendous success, and we managed to make it bigger and better this year.”

“The valuable part is being able to gather together and come up with a brilliant ideas, and also being able to stand in front of a large group of people to pitch the idea,” said Jiachen Tian, a junior at the Swanson School of Engineering who was on the winning team, which conceived a mobile app that translates sign language to text and generates computational hand signs from text.

“Overall it was quite a bit of work, but a great experience. The most valuable part for me was getting to explore the product development cycle and see how people in industry think,” said David Ayodele, a graduate student in the School of Computing and Information, who also participated on the winning team.

Winning second place was a team under the name “WeHaul Healthcare”. They developed a concierge service for companies to help new or relocated employees find doctors and other healthcare-related services.

One of two third place teams was “This Tooth is on Fire”, which conceived of a solution to address the “trust gap” between insurers and their customers. The other third place team, “SimpL”, proposes a comptuer vision platform to assist people in exercising correctly. Two 4th place prizes were also awarded.

“I think the most valuable part of the Bluehack is working with students with a different skill-set and this diversity helps inform the end solution, so it’s a holistic. This diversity is further enhanced by the design thinking methodology used,” said Sohail Rana, a student from the School of Dental Medicine from team “This Tooth is on Fire”.

Rana said his team is considering taking the idea to the next level in the upcoming Big Idea Blitz on a weekend to be announced in January, and then in the Randall Family Big Idea Competition in February, which awards $100,000 in cash prizes.