$100,000 in prize money awarded to student teams from across the University 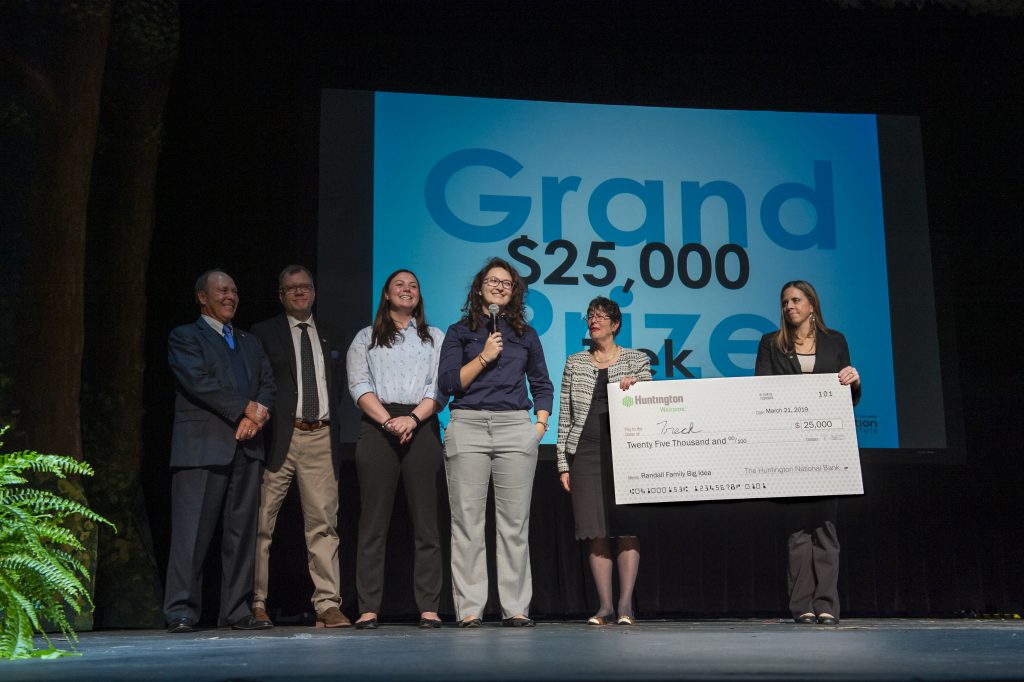 Pitt student innovators with ideas ranging from an automated system for recording medical notes, to a game app for teaching computer coding to young girls, another for helping kids to learn to learn health eating habits, a device for more quickly diagnosing pleural effusions and so much more put their ideas to the test in the 11h annual Randall Family Big Idea Competition.

The winner of the grand prize of $25,000 was Trek, consisting of students Emily Siegel, School of Engineering, and Lauren Yocum, Dietrich School of Arts and Sciences. [Read more about Trek in the PittWire article “For Those Too Tired To Brush.]

They will travel to Raleigh, N.C. to compete in the ACC InVenture Prize competition, where they will face off against teams from the other 14 Atlantic Coast Conference universities for the opportunity win another $15,000 on April 16 and 17. Trek is developing a biodegradable chewing gum that cleans and kills germs with natural ingredients targeted to the millenial generation.

The competition began in February with more than 300 students comprising 103 cross-disciplinary teams. An initial elimination round resulted in 90 semifinal team composed of 250 students. This was then narrowed to 50 finalist teams composed of 150 students, who all received mentoring from Innovation Institute staff, or volunteers from Pittsburgh’s innovation and entrepreneurship community. The final teams all produced a two-minute pitch video. (Click here to view team videos.)

Visit us on Facebook to view all images from this year’s competition awards ceremony.

The rest of the winners include: