Joe Pugar has always been fascinated with the elegant structures, systems and mechanics of nature.  From the tensile strength of spider silk to the energy conversion ability of photosynthesis, he has been intrigued at adapting the genius of natural design to engineering challenges.

That’s what attracted him as a sophomore student in chemical engineering to a summer research project in the lab of Sachin Velankar at the Swanson School of Engineering.

The project was a collaboration between Valenkar, professor of chemical engineering, and Luka Pocivavsek, at the time a cardiovascular surgical resident at UPMC Presbyterian Hospital, who is now at the University of Chicago. 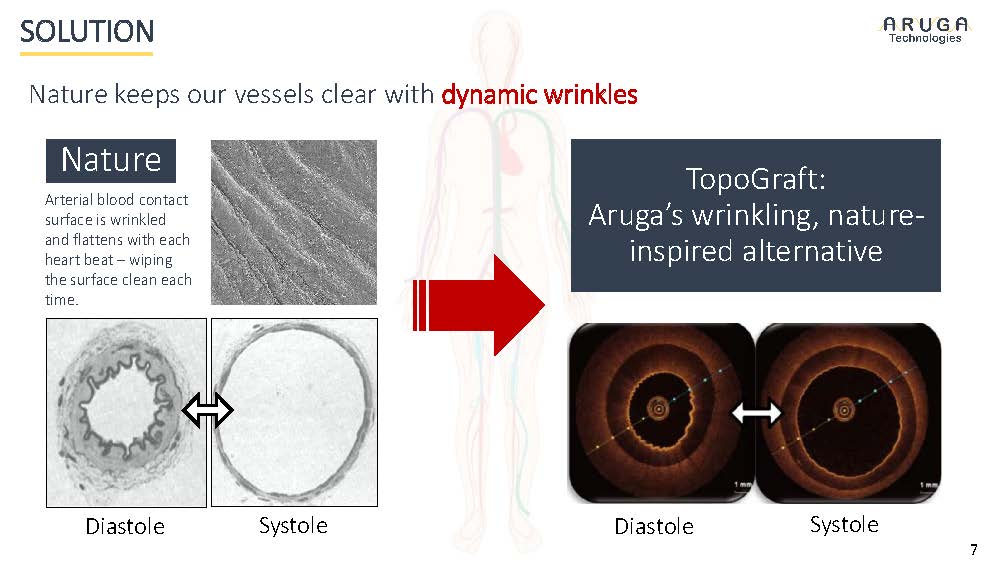 Pocivavsek had the initial idea of developing a vascular implant that mimics the natural surface “wrinkling” that occurs in real blood vessels to keep blood from clotting on the interior vessel walls.

What Pugar couldn’t have imagined then is that within three years he would be taking this research out of the university in a startup company called Aruga Technologies with him spearheading the effort as CEO.

“Before getting involved in this project, I was probably going to go straight to grad school. Business and technology translation weren’t interesting to me. But after seeing the impact that this idea could have, I accepted the challenge of being an entrepreneur,” he said.

When Pugar joined the research team, they had just put the first prototype of the artificial graft on a blood pump and were pleased to discover that the graft demonstrated similar properties to human arteries, the interiors of which are wrinkled during diastole, or when there is no pressure in the vessel following a heartbeat.

This wrinkling prevents platelets from clumping on the surface, so when the next heartbeat comes (systole), the surface is wiped clean as the wrinkles are stretched smooth by the pressure of the blood passing through.

Although the concept appeared to be technically promising, the next task was to see if there was interest in it from potential customers. To begin answering that question, the team turned to the Innovation institute’s Pitt Ventures First Gear program in the spring of 2016. There they were introduced to entrepreneur in residence Tony Torres who helped guide them through a process of customer discovery and value proposition definition.

“We started picking the brains of other vascular surgeons at Presby. We asked if our graft was something they could get behind,” Pugar said. “We got our answer when some of the first doctors we talked to became members of our scientific advisory board.”

As the team went through the First Gear experience Pugar also entered the Wells Healthcare Competition and Kuzneski Innovation Cup competition, capturing second and third places respectively, which provided another $21,000 in funding. The project had previously received $45,000 from two awards from the Center for Medical Innovation at the Swanson School, which promotes active collaborations between clinicians and engineers to develop innovations to solve biomedical problems.

As he completed his undergraduate degree, Pugar was at a career crossroads. He wanted to continue to usher the graft toward commercial reality where it could offer a potentially better alternative to patients having their own veins harvested or receiving cadaver vessels for vascular reconstructions. The Aruga team also believes their graft offers distinct anti-thrombotic properties compared to existing synthetic grafts.

“With Joe Pugar as an example, we specifically created and funded an Entrepreneurial Fellow position at the Innovation Institute to bridge him over into the Aruga spin-out, effectively allowing him to take on the startup instead of the traditional engineering job in an established corporation,” Torres said.

That summer of 2017 he entered the national I-Corps program offered by the National Science Foundation to assist in commercializing promising academic research. In addition to another $50,000 infusion into the project, the program involved conducting another 100 customer discovery interviews.

“This helped us polish our value proposition,” Pugar said, and it led to being accepted into the Idea Foundry accelerator program.

Pugar’s attention in 2018 turned to negotiating for an option to the intellectual property to form Aruga, which was executed last June. Now out of the university, he leased space in the new Life X Labs life sciences accelerator on the South Side, where he maintains offices for Aruga, while also working part time in Dr. Velankar’s lab, which continues to conduct research on novel biomaterials.

“Life X brings a lot of really smart, business savvy people who understand how the biotech commercialization process works and an understanding of the FDA (Food and Drug Administration) and all of those regulatory pathway issues,” he said. “It also provides a great platform for us as we begin to seek investment partners to help us accelerate along the path to market.”

Having raised a total of $270,000 on non-dilutive funding via the Pitt innovation ecosystem to move the technology to the brink of commercial viability, Pugar is now seeking a seed-stage funding round of $1 million to move from a prototype to market-ready device and begin pre-clinical testing of the device.

He is aiming for an initial indication for dialysis access grafts, which present the same thrombosis and infection issues as vascular grafts. From there, he said, the company will go for the big fish, the multi-billion dollar market for coronary grafts.

If you are a Pitt faculty innovator and would like to learn about the process for taking Pitt research from discovery to the market, consider meeting with one of our Entrepreneurs in Residence.  They can help you get started in the commercialization process. 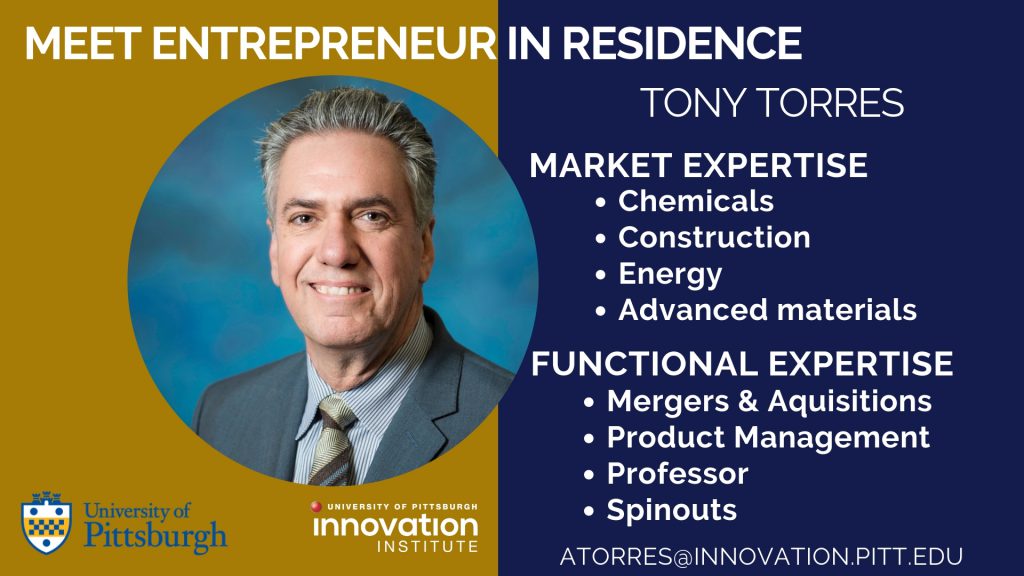