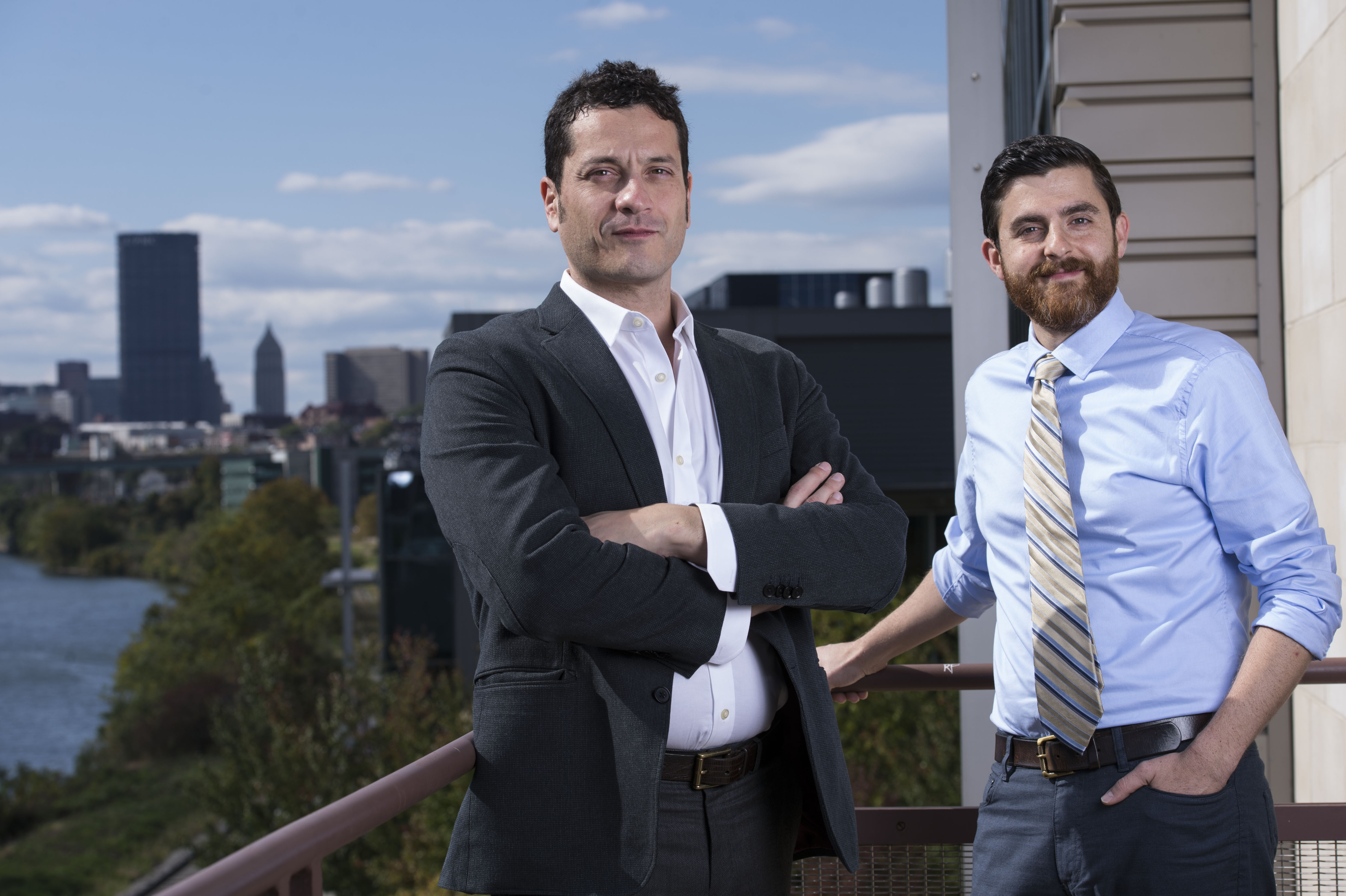 From the beginning, Bryan Brown, Pitt Assistant Professor of Bioengineering, recognized that the nerve repair technology he was developing addressed an unmet clinical need.

Taking advantage of available funding and mentoring opportunities throughout the University to move promising discoveries toward impact through commercialization, Brown, together with colleagues Paul Gardner, Vice Chair, Department of Neurosurgery at Pitt, and Jonathan Cheetham of Cornell University, pursued their mission to empower physicians with new technologies to help patients suffering peripheral nerve damage.

The last piece of the puzzle fit into place when Pitt Innovation Institute Entrepreneur in Residence (EIR) and project advisor Lorenzo Soletti, decided to join the team full time as the CEO of a new company, Renerva, formed around the new platform.

“I can say that unequivocally, without the EIR program and without Lorenzo Soletti, in particular, there would be no Renerva,” said Brown. “As scientists, we are not trained to evaluate and develop the business aspects of the work which we are performing.”

Renerva is developing the Peripheral Nerve Matrix (PNM), an injectable material that accelerates and improves the functional recovery of injured peripheral nerves.

While there are specific methods utilized for treatment or reconstruction of injured peripheral nerves, they may vary by surgical specialty (e.g., plastic surgery, orthopedic surgery, neurosurgery), local practice, and individual preference.  Currently, if residual nerve function is present, the patient is usually monitored for 3-6 months to allow natural recovery to take place, says Brown.

In the case of gap injuries, the standard of

care is to use a sensory nerve autograft harvested from another location in the patient’s body to cross the tissue gap. While developments in surgical technique and the use of adjunct therapies have advanced over the last few decades, there remain limitations to their effectiveness. PNM is a gel derived from porcine nerves via proprietary processes. The result is a sterile, non-immunogenic, injectable solution that transforms into a supportive gel upon contact with the site of nerve injury and does not induce an immune response which may hinder healing.

The more he worked with Brown’s team as part of his portfolio at the Innovation Institute, the more Soletti was convinced of its commercial potential, so much so that he decided to create a company and as the CEO negotiate a license to take the technology out of the university.

Soletti said Renerva plans to initially target the traumatic peripheral nerve injuries market in the United States, and is working toward starting clinical trials by the end of 2018. Ideally, he said, the company will begin making U.S. sales in early 2020.

This is not the first Pitt spinout for serial entrepreneur Soletti. In 2008 he co-founded Neograft Technologies, which developed an implantable cardiac device. He led research and development there until the end of 2014 when he co-founded Venndoo, a mobile technology company developing an analytic engine to facilitate the sale of used goods. Soletti, who earned his PhD in bioengineering at Pitt, joined the University in 2015 as one of the first EIRs contracted by the Innovation Institute.

Evan Facher, Innovation Institute Interim Director, said that the EIR program has become a key component of the University’s success in setting and re-breaking records for the number of startups based on Pitt-developed innovations over the past three years.

“EIRs play a critical role in identifying high potential technologies and in mentoring faculty and student innovators,” Facher said. “Having people like Lorenzo, who have launched startups before, is invaluable to the Innovation Institute as we work to prioritize our commercialization efforts.”

Soletti said he was excited to be exposed to so many interesting innovations during his time as an EIR at the Innovation Institute.

“The University of Pittsburgh is producing a tidal wave of healthcare innovation because Pitt attracts many of the brilliant thinkers, scientists, physicians, and entrepreneurs that are needed to make this happen,” he said. “Renerva is deeply committed to making an impact in patients by delivering products that ameliorate the recovery process following peripheral nerve injury.”

Brown said the experience in launching Renerva has been positive and rewarding.

“Our project and team received great guidance, funding, business development, and intellectual property development from the Innovation Institute. They also guided us to several other resources, in particular several business mentors, who helped in the early commercialization planning.”

The team additionally received mentoring and early-stage commercialization funding through the Pitt Ventures First Gear program, which is funded through the NSF I-Corps program.

The project also was a winner of a grand prize award in the annual Pitt Innovation Challenge (PInCh), sponsored by the Clinical + Translational Science Institute, which is designed to generate innovative solutions to challenging health problems.